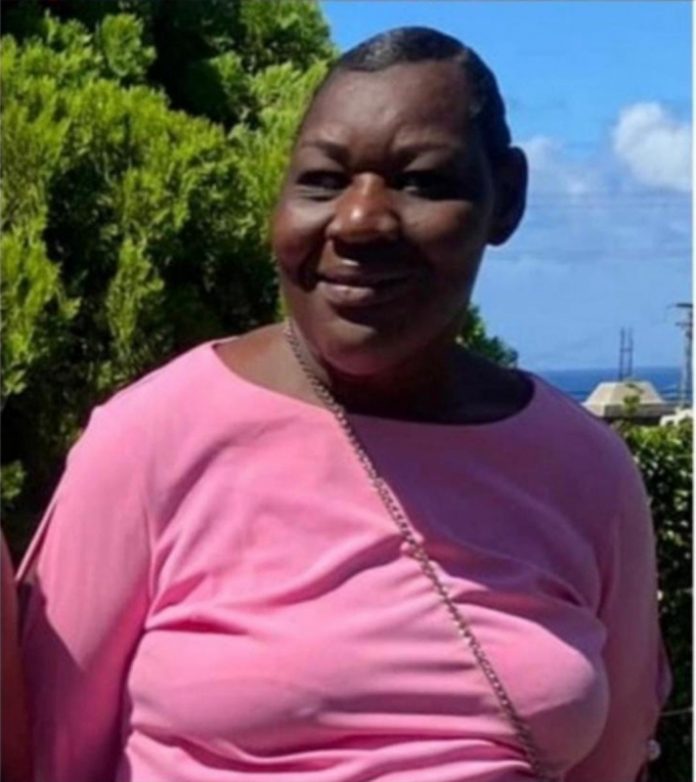 St. Kitts and Nevis (WINN) – WINN has been made aware that on September 24, Zona Hamilton, 43, from Barnes Ghaut, Nevis, was found dead.

According to information reaching our news desk at about 6:40 a.m. on September 24, a joint team comprising the Police, Fire and Rescue Service, Community Emergency Response Team (CERT) and Civilians found the body of Zona Hamilton of Barnes Ghaut in a car at the top of Government Road.

Before her body was found, the 43-year-old woman was last seen at about 1 a.m. on  Government Road in Charlestown, Nevis, on September 21 and was subsequently reported missing.

It was reported that Hamilton’s body was found partially decomposed.

The body of Zona Hamilton is expected to be buried at 11 a.m on September 24.

Anyone with information on this incident is asked to contact the Charlestown Police Station at 469-5391, their nearest police station or call the Crime Hotline at 707.