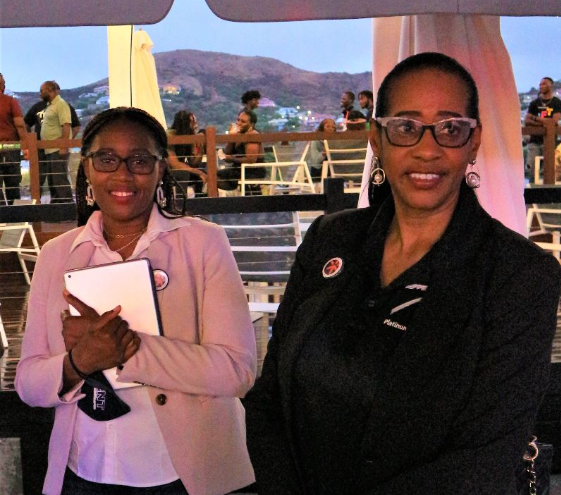 Basseterre, St. Kitts (SKNIS): Minister of Entrepreneurship, Entertainment and Talent Development, the Honourable Akilah Byron-Nisbett, stated that the MoENT is committed to supporting the creatives within the Federation of St. Kitts and Nevis.

She said this during the launch of the MoENT TV channel on July 1 at the Royal St. Kitts Hotel and added that MoENT TV is a step in the right direction toward supporting local creatives.

Minister Byron-Nisbett spoke about the negative effects that the COVID-19 pandemic has had on the local creatives and stated that MoENT seeks to rectify that problem.

“Based on our consultations with industry professionals, MoENT Identified five priority areas, namely, music and entertainment, film and photography, literary and performing arts and innovation and technology,” she said.

“While the bulk of our efforts over the past year and a half has been building out the Ministry to be able to function effectively, we still felt it necessary to host activities that would benefit the creatives by a capacity development such as the music creatives training workshops, raising awareness on the importance of the arts through our months of the arts and even opportunities for access to investment via our upcoming tv show ‘Let’s Do This’,” said Minister Byron-Nisbett.

MoENT made a significant financial investment to create the platform for the local creatives and she said, “All we ask in return is that you utilise it as much as possible. There will be no cost to air content on the channel so send us your content.”

Minister Byron-Nisbett thanked all stakeholders involved who she said, “made it possible for us to be here on the cusp of the MoENT TV launch.”