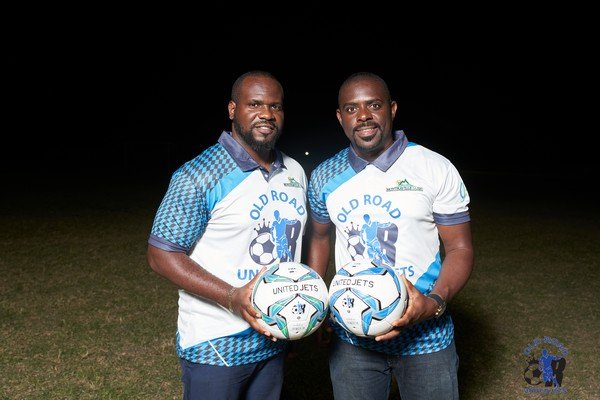 “Never before has there been so much excitement in the Old Road community surrounding the performance of the team.” Samal Duggins, owner of Montraville Farms, explained.

“During this extraordinary time we recognize the importance of keeping the fans and the entire community connected particularly since they cannot attend games. Therefore the best way to continue to boost support was to provide an avenue which would allow businesses and fans to stream the games live.”

Quasim Walker, owner of CleanRite added, “At a time like this it is our belief that we ought to step up and give back to a community that has given us so much. Whether it’s for business, school or personal use internet access is vital.“

The partnership was made official on Thursday, 22nd April at a lavish ceremony at the popular Sprat Net Bar and Restaurant in Old Road. The event saw the launch of the new club uniforms, team song and the signing of the partnership agreement.

The Montraville Farms-CleanRite Old Road United Jets continue to perform well in the SKNFA Premier League and one of their young stars, 19-year-old Tiquanny Williams, currently leads the league in goals.