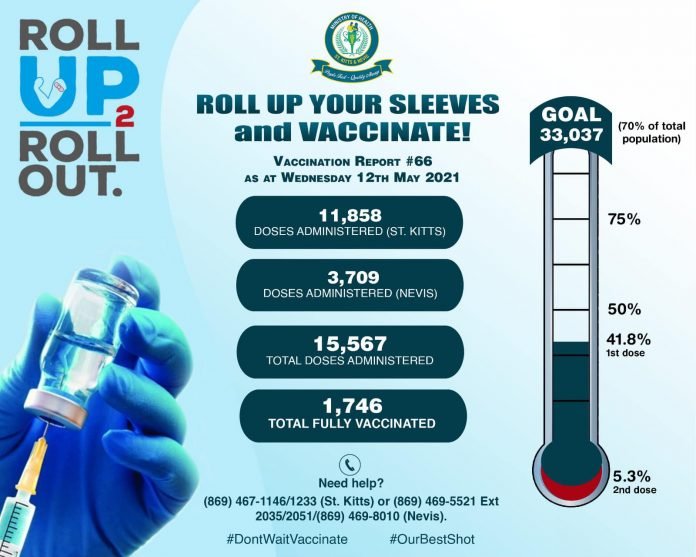 At the media briefing organized by the National Emergency Operations Center (NEOC), Chief Medical Officer Dr. Hazel Laws revealed the numbers as of Tuesday, May 11.

The number of persons who had received both doses administered 8 – 12 weeks apart, stood at 1,237, as of Tuesday, just about four percent of the target group.

Wednesday’s figures showed that the number of people to receive their first doses of the vaccine had risen to 15,567 – 11,855 on St Kitts and 3,709 on Nevis. That’s just over 40 percent of the target population.

The number of people fully vaccinated was, as of Wednesday (May 12), 1,746 or just over five percent of the target population.