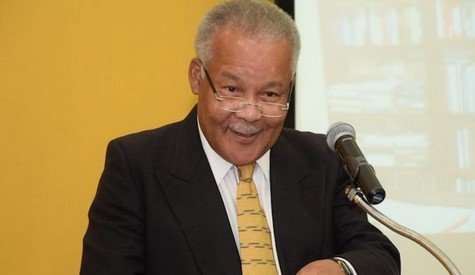 She says she has already approached the head of that institution Vice-Chancellor Professor Sir Hilary Beckles with the idea.

Speaking today in the House of Assembly Mottley made the announcement as the Lower Chamber paid tribute to the St Peter-born parliamentarian who led Barbados for 14 years and served in the Parliament for close to 34 years.

“I must tell you that I have approached the Vice Chancellor at the University of the West Indies to indicate that if the Barbados Labour Party could have one wish and one wish alone it would be to rename the Cave Hill Campus after Owen Seymour Arthur,” she said to sound of table-thumping from other parliamentarians in the Lower House.

The PM continued: “He represents the fine Barbadian that that Campus was developed to be able to produce and as Prime Minister for the longest period of any other Prime Minister since Independence it was his to engage with that university.