MP Michael Browne says he is ‘excited’ to return to Cabinet 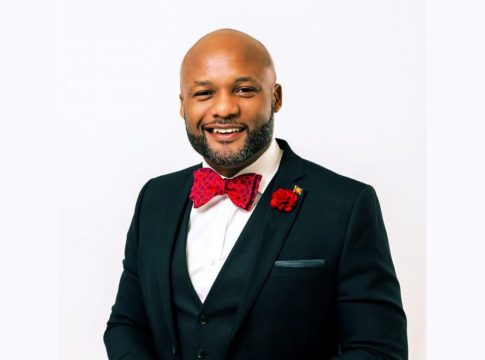 (Antigua Observer) After much anticipation from members of the All Saints West Constituency and other well-wishers, the Member of Parliament (MP) for the area Michael Browne has been reinstalled to Cabinet under a new ministry.

Yesterday, after he was sworn in by Governor-General Sir Rodney Williams, the new Minister of Creative Arts and Innovation told the media he was elated that he would be able to rejoin his Antigua and Barbuda Labour Party (ABLP) colleagues in Cabinet this week.

“I’m very excited at being reappointed back to the Cabinet of Antigua and Barbuda. I thank the Prime Minister for his continued expressed confidence in my abilities and I’m particularly excited about this Ministry of Creative Arts and Innovation,” Browne said during an interview.

When asked whether or not he will miss his previous role as the Minister of Education, Browne said that he viewed his new portfolio as an opportunity to expand his work in community development.

“I started out my career as a teacher at Princess Margaret Secondary School. Anyone who has ever been an educator will tell you [that] education is a lifelong journey, it’s not a destination. I see my ministry now as an evolution of some of the responsibilities I used to do in education,” he stated.

In November 2020, MP Browne was fired from the post of Minister of Education in Cabinet after it was revealed that he was facing charges for serious crimes. His case was committed to the High Court in April 2021, but was found not guilty in December of the same year.

Browne expressed gratitude for the support shown by his constituents during the months and weeks leading up to the not guilty verdict.

“I offer no apologies but I believe All Saints West is the best constituency there is and I think that our people, the energy and the creativity that we bring, the love, passion and dedication that we bring and our commitment to our roots being in our constituency. I especially thank them for their continuous support,” Browne shared in a message to his constituents.

During Browne’s swearing-in ceremony, Governor-General Sir Rodney Williams said that he has faith that Browne will carry out his duties to the best of his abilities, as he had previously demonstrated before his highly publicised legal battle.

“Your selection to this portfolio has been dependent on the confidence which the Prime Minister has placed in you. I want to say that you have been given a very important responsibility which requires important leadership. You bring to this job a tremendous amount of knowledge and experience which will guide you in directing this ministry,” Sir Rodney added.