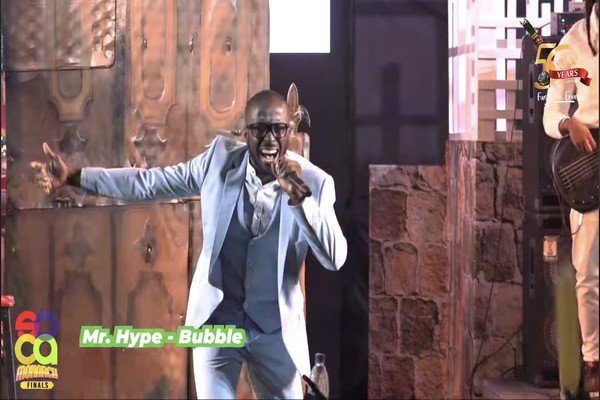 St. Kitts Nevis (WINN): In a press release on Friday 24 December 2021, the St. Kitts and Nevis National Carnival Committee revealed that the First Runner Up of the Groovy Soca Monarch contest Mr. Hype has been disqualified for the copyright of his song “Marry Me”, which “was a direct knock off from that of an artiste known as Valentino King, of Aruba”.

The prestigious Soca Monarch competition is contested in two segments, Groovy and Power.

Mr. Hype entered both the Groovy and the Power segments of the contest. Mr. Hype was crowned the winner of the Power segment of soca monarch last night (Thursday 23 December 2021) where he expertly delivered his song titled ‘Bubble’ to claim the Power Soca crown with 438 points ahead of T Bone (390 points) and Dejour (385 points). The press release confirms, “This decision, however, does not affect Mr. Hype’s position as Monarch in the Power Segment and he remains with that title”.

WINN news was unable to get any comments from Mr. Hype or the National Carnival Committee at the time of publishing. However, there was an investigation after a formal complaint was made, which was reviewed in discussion with Mr. Hype. The matter, which was referred to an adjudicator, advised “that there was strong cause for disqualification”.

Valentino King’s carnival power tune “Marry Me”, won the soca monarch competition in Aruba in 2018 and the tempo and lyrics are almost identical to “Marry You” performed by Mr. Hype last night.

The changes mean that Rucus H.E. is the new First Runner-up and Dejour Alexander now occupies the Second Runner-up spot, (he was previously fourth place).