Music Festival and Sports expected to resume in 2022 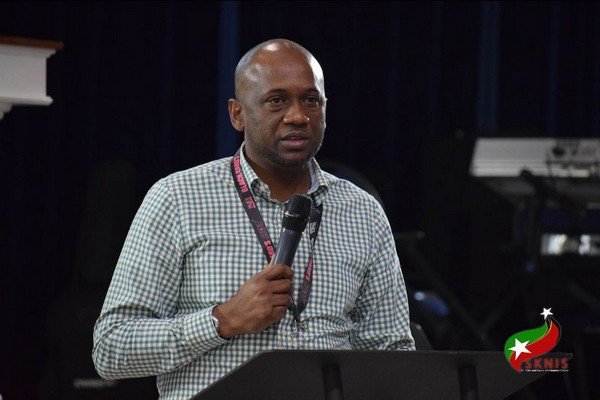 St.Kitts and Nevis (WINN): The COVID 19 Task Force was engaged in several meetings over the past week according to Abdias Samuel, Chair of the Task Force.

He hinted at the possibility of a return of various major events in the Federation of St.Kitts and Nevis in 2022.

According to Samuel, a meeting was held with the Chairman of the St. Kitts Music Festival Mr Damien Hobson, who was also accompanied by Val Henry in relation to the safe return of the long-anticipated Music Festival, slated for June 2022.

“We would have looked at the protocols. We also looked at the layout of the venue and we have been deliberating as to how to advise the Cabinet on this matter; so to the general public at large, if we continue to do what we have been doing in keeping these cases down, in  keeping the country safe, there seems to be the potential of Music Festival coming back this year, since being away for the past two years.”

Mr Glen Jeffers, Mr Wendell Pemberton and Mr James ‘ Bar Man’ Hanley of the St.Kitts Amateur Basketball Association (SKABA) also met with the Task Force and made a presentation, which Samuel described as “exemplary” in the sporting sector.

“They were able to inform us that out of 175 active basketball players, they have 104 players fully vaccinated. That’s approximately 60 percent of the league. In that regard, we were quite pleased and satisfied and I am certain the great nod of approval would be given based on the precedent set before us for the commencement of  the SKABA League.”

Samuel disclosed that the SKABA League is expected to resume in March, with the first match scheduled for March 13 2022.

The St.Kitts and Nevis Cricket and Football Associations also met and made presentations to the COVID-19 Task Force. The presentations were done by the Presidents, Mr Dennis Phillip and Mr Atiba Harris respectively.

Samuel explained that the Cricket Association’s advantage stems from the successful hosting of the Caribbean Premier League and most recently, the Under 19 Cricket World Cup. He assured cricket enthusiasts that the sport will resume soon.

As it relates to football, the Task Force Chair shared that he had a conversation with Mr Atiba Harris on Wednesday, February 17 where they sought to finalise the protocols for the resumption of the Senior Men’s Football League. Samuel noted that there have been some challenges in that regard but the Task Force and the Ministry of Sports is working assiduously to ensure that the league resumes in a safe manner.

A meeting is scheduled for next Tuesday between the Task Force and the executive of the St.Kitts- Nevis Football Association in order to finalise the terms and agreement for the resumption of Football in the Federation.