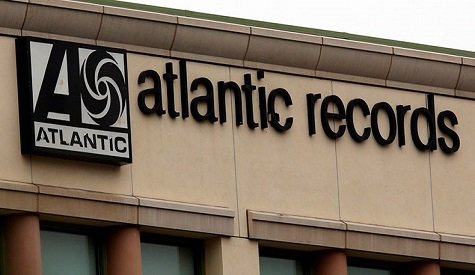 Atlantic Records, Capitol Music Group, Warner Records, Sony Music and Def Jam were among the many organisations vowing that #TheShowMustBePaused, as mass protests have rocked US streets for days following the killing of an unarmed black man, George Floyd, at the hands of police in Minneapolis.

“It’s hard to know what to say because I’ve been dealing with racism my entire life. That said, it’s rearing its ugly head right now & by God it’s time to deal with it once & for all,” the legendary producer Quincy Jones said in a statement.

“As gatekeepers of the culture, it’s our responsibility to not only come together to celebrate the wins, but also hold each up during a loss.”

Columbia Records emphasised Tuesday “is not a day off” but rather a moment to “figure out ways to move forward in solidarity.”

“Perhaps with the music off, we can truly listen.”

Actor John Cusack, who joined protests in Chicago, tweeted that police had hit him with a baton as he attempted to film a burning car.

“For the last few days, the magnitude of devastation, anger, sadness I’ve felt has been overwhelming to say the least! Watching my people get murdered and lynched day after day pushed me to a heavy place in my heart!” said Rihanna on Instagram.

Beyonce posted a video saying “we all witnessed his murder in broad daylight … We’re broken and we’re disgusted. We cannot normalize this pain.”

She urged signatures to a petition demanding #JusticeForGeorgeFloyd, which the platform Change.org said became the largest in its history.

The superstar’s mogul husband Jay-Z said via his Roc Nation company that he had spoken with Minnesota governor Tim Walz and applauded the appointment of the state’s attorney general Keith Ellison to handle prosecutions in the Floyd case.

“I am human, a father and a black man in pain,” said the rapper born Shawn Carter.

“I am more determined to fight for justice than any fight my would-be oppressors may have,” he continued. “I prevail on every politician, prosecutor and officer in the country to have the courage to do what is right.”

“Have the courage to look at us as humans, dads, brothers, sisters and mothers in pain and look at yourselves.”