Myanmar Security Forces Kill Over 90 in ‘Horrifying’ Day of Bloodshed 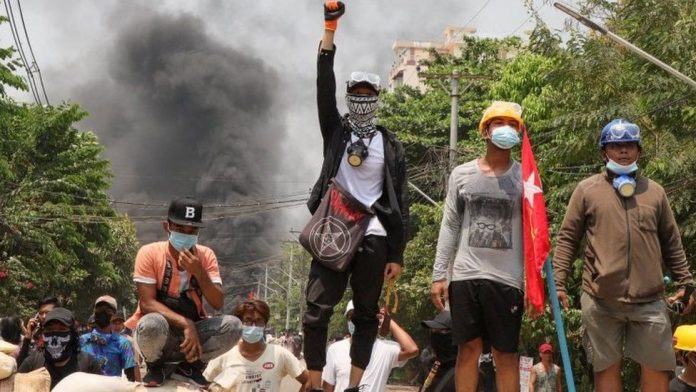 (Reuters) -Security forces killed more than 90 people, including some children, across Myanmar on Saturday in one of the bloodiest days of protests since a military coup last month, news reports and witnesses said.

Senior General Min Aung Hlaing, the junta leader, said during a parade to mark Armed Forces Day that the military would protect the people and strive for democracy.

State television had said on Friday that protesters risked being shot “in the head and back”. Despite this, demonstrators came out on the streets of Yangon, Mandalay and other towns, as they have done almost daily since the Feb. 1 coup that ousted elected leader Aung San Suu Kyi.

The Myanmar Now news portal said 91 people were killed across the country by security forces.