Nadal the man to beat, Osaka eyes return to glory at Indian Wells 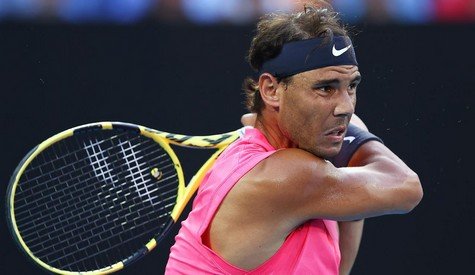 INDIAN WELLS (Reuters) – Red-hot Rafa Nadal will be the man to beat when Indian Wells kicks off this week while Naomi Osaka will look to begin her ascent back to the top of the tennis world at the tournament that launched her career.

Nadal’s season was cut short last year due to a foot injury but the Spaniard has come roaring out of the gates in 2022, winning January’s Australian Open for a men’s record 21st Grand Slam title.

He followed that up by winning his fourth title in Acapulco last month and has not lost in 15 matches this season.

“Rafa Nadal is now 35-years-old and he’s never had a start to the season like this one,” Indian Wells tournament director and former player Tommy Haas said on a recent podcast.

“He’s the guy to beat here, there’s no doubt about it. And he obviously enjoys it here very much,” Haas said of Nadal, a three-time winner of the Masters 1000 tournament.

As a bonus, while in the Southern California desert, Nadal will stay at tournament owner and billionaire Larry Ellison’s private resort, Porcupine Creek Golf Club.

“He likes it there and wants to stay for as long as he can. If he’s healthy, watch out.”

His Serbian rival Novak Djokovic was placed into the tournament’s draw on Tuesday despite his ongoing refusal to take the COVID-19 vaccine, which would bar the world number two from entry into the country.