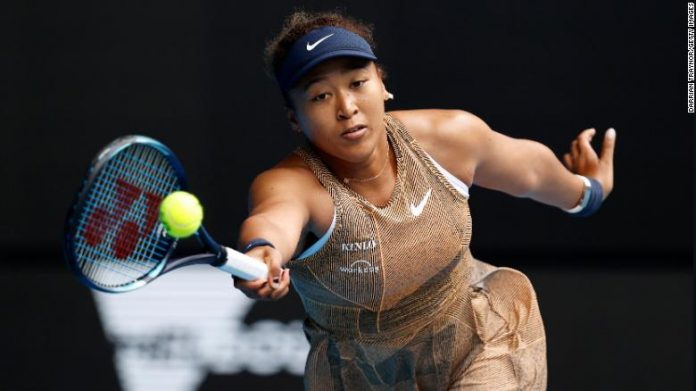 (CNN) Naomi Osaka made a triumphant return to tennis in her first match since her hiatus from the sport, defeating Alizé Cornet in the 2022 Melbourne Summer Set.

In her first match since September — when she announced she would take an indefinite break from tennis after a defeat to Leylah Fernandez at the US Open — Osaka was a bit rusty but went on to win 6-4 3-6 6-3.

The former world No. 1 had 57 unforced errors, eight of which were double faults.

“I only really have one major goal this year, and it’s completely unrelated to results and stuff like that,” Osaka said post-match.

“For me, I just want to feel like every time I step on the court I’m having fun. I can walk off the court knowing that even if I lost, I tried as hard as I could.”

The match was Osaka’s first in four months after her loss to Fernandez. Last year, she also withdrew from the French Open, citing mental health issues, and chose not to participate at Wimbledon.

“I actually really thought I wasn’t going to play for most of this year,” Osaka told reporters. “I’m really happy with myself that I love the sport that much because I literally said that I was unsure when I was going to play after the US Open and I’m here right now.

“In the break, I was feeling like I didn’t know what my future was going to be. I’m pretty sure a lot of people can relate to that. Of course, you never know what the future holds, but it was definitely an indecisive time.

“But I’m really happy to be sitting here right now.”

Osaka will face Belgium’s Maryna Zanevska in the round of 16 on Wednesday.

WhatsApp
Facebook
Twitter
Linkedin
Email
Print
Previous articleSt. Kitts and Nevis Assumes the Chairmanship of the Permanent Council of the OAS
Next article‘End-of-life’: Old BlackBerries no longer work from Tuesday