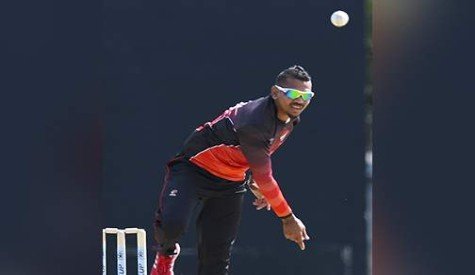 ABU DHABI, United Arab Emirates (CMC) — Not for the first time, West Indies off-spinner Sunil Narine has found himself in trouble with Indian Premier League (IPL) authorities over his action.

Narine, who finished with two for 28, nervelessly sent down the last over with Kings XI needing 14 runs to win.

“The report was made by the on-field umpires according to the IPL’s Suspected Illegal Bowling Action Policy,” an IPL statement said.

“Mr Narine will be placed on the warning list and is permitted to continue to bowl in the tournament.

“Another report will result in Mr Narine being suspended from bowling in the Dream11 IPL 2020 until cleared by the Board of Control for Cricket in India Suspect Bowling Action Committee.”

Narine has been reported for a suspect action numerous times during his career, with the previous one coming in 2018 during the Pakistan Super League.

The Trinidadian was also reported during the 2015 IPL, resulting in a ban on his off-spinners following a biomechanical analysis.

The latest development will come as a blow for Narine, who has struggled in this year’s campaign with just five wickets in six matches at an average of 35 and an economy rate of eight.

KKR lie third in the standings on eight points.

During the recent Caribbean Premier League, Narine missed more than half of his side’s fixtures for undisclosed reasons.

Narine has endured a chequered career for West Indies, playing only six Tests with very little success while featuring in 65 One-Day Internationals and 51 T20 Internationals.

His international appearances of recent have been rare, however. His last ODI was four years ago and until last year August, he had not played a T20I in two years.