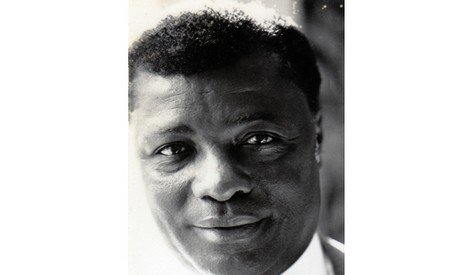 St Kitts and Nevis (WINN): The Right Excellent, Sir Simeon Daniel was the first Premier of Nevis serving from 1983 until 1992.

He also founded the Bank of Nevis, and was an original member of the Nevis Reformation Party (NRP).

His early education was completed at the St. Thomas’ Government Elementary School in Nevis. Daniel entered the teaching profession as a Pupil Teacher in 1950 and attained the Leeward Island Teachers’ Certificate in 1957.

In 1962, Daniel began his legal tutorial at the Council of Legal Education in England. While still a student between the years 1960-1966, he worked as a clerk at the London County Council and later as an Executive Officer, and in 1965 received a recognition grant for outstanding work from the London County Council. He continued his education at the Inner Temple of the Inns of Court in London. In 1966 he became Barrister at Law and was called to the Bar in England.

He returned to Nevis in 1966 and served as Assistant Secretary in the Ministry of External Affairs and was admitted to the Local Bar that same year. The following year he was appointed Crown Counsel and later Registrar of the Supreme Court and Additional Magistrate in the State. He entered private practice in 1969 in St. Kitts.

Following the formation of the coalition government of the People’s Action Movement of St. Kitts and the Nevis Reformation Party, Daniel assumed the portfolios of Minister of Finance and Nevis Affairs on 19 February 1980. He gained Home Rule for Nevis under the Independence Constitution in September 1983.

Daniel, Brantley & Associates is a full-service law firm that represents numerous businesses and individuals in St. Kitts & Nevis, Anguilla and throughout the region and internationally. The firm was founded by Daniel and Mark Brantley joined in 1996.

Daniel died on 27 May 2012 and was buried with full military honours.