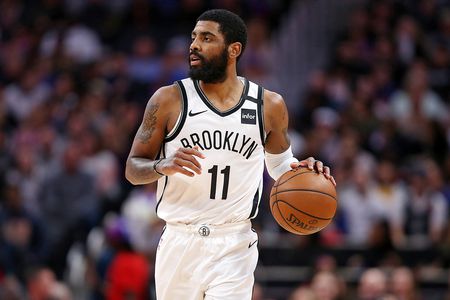 The NBA fined the point guard $50,000 on Friday for violating its health and safety protocols, and said he could return to team activities Saturday.

The league added that he would forfeit his salary for each game he misses during a five-day quarantine period that would end Saturday if he continues to test negative for the coronavirus. He’s already missed two, which means he has lost more than $900,000 of his $33.5 million salary.

Irving has missed the last five games while away from the Nets for personal reasons. He was seen in a video on social media during his absence at an indoor family party while not wearing a mask.