Nekirah Nicholls shares her journey to the crown 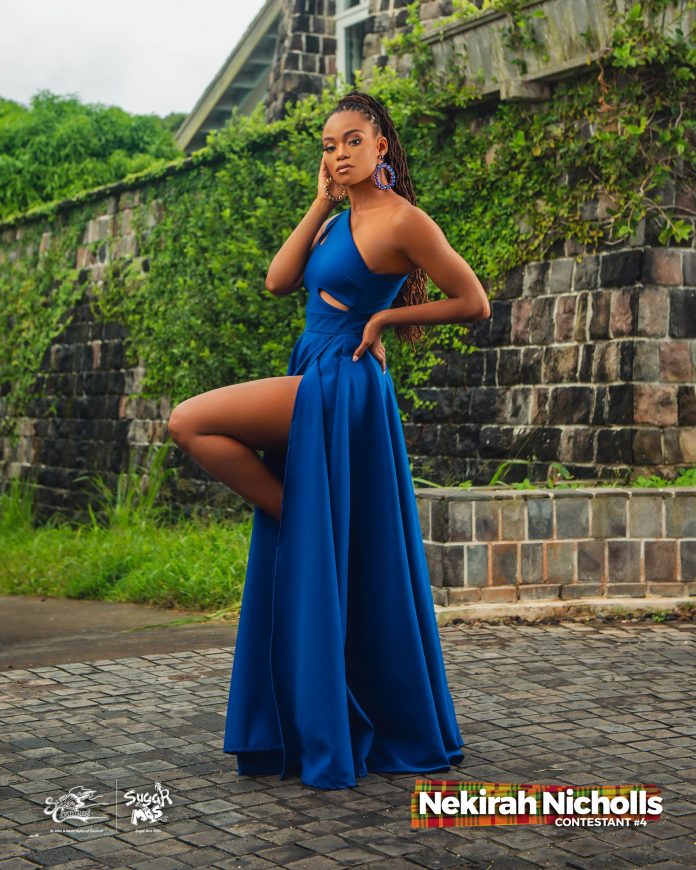 “I don’t think at first I was really prepared for the appearances and getting glammed up all the time. You know me Azem. I’m pretty, chill, sneakers, T-shirt…and I totally had to revamp. There were a lot of firsts for me with this pageant. I had to lose the glasses, get some contacts and it was my first time wearing contacts, first time wearing eyelashes, so it was a different experience; totally out of my comfort zone, but I think it really challenged me and I think it’s great for personal development,” she said.

When asked what sparked her interest in applying for the pageant, the beauty queen said she toiled with the idea of entering the National Carnival Queen Pageant since she was a child; through the inspiration of Ms. Genieve Hanley who whilst being Nicholls’ tutor, entered the pageant. In addition, Nicholls said she viewed the pageant as an avenue to bring awareness to her platform, introducing financial literacy into our highschools.

Recalling the journey to the crown, Nicholls said her greatest challenge was public speaking.  She explained her fears of standing before a home crowd and being talked about in a negative light if she was unable to respond to the questions asked on shownight.

The beauty queen spoke highly of her chaperone who paid close attention not only to her physical readiness, but also to her mental health. She also acknowledged her personal trainer, who played a significant role in ensuring that her body was well toned for pageant night, without ever feeling overwhelmed. As it relates to her pageant sisters, Nicholls mentioned that they remained positive, supportive and thus, developed a lasting bond.

However, Pageant night, Sunday, December 28, 2021, would be a night Nekirah Nicholls would never forget, as she won 5 of the 6 judged segments, Best Interview, Best Swimsuit, Best Talent, Best Question and Answer and Best Evening Gown. The queen, who holds a Master’s Degree in Finance, also won prizes for Miss Photogenic, Most Popular Contestant Online and winner of the Runway Challenge.

Konris Maynard: “We’re not in a good place politically as a nation” - www.winnmediaskn.com/?p=25038 ... See MoreSee Less

Selector Highess is bringing you the business with a conscious mix of music at 3pm on Winn Media‼Tune is via Winn Fm 98.9 📟 , on TuneIn📱 or via our website 💻#consciousbusiness #reggae #stkitts #music #entertainment ... See MoreSee Less
View on Facebook
· Share