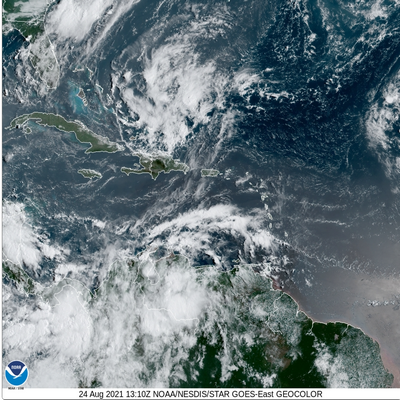 St. Kitts and Nevis (WINN): St. Lucia, like Guyana, has seen significant rain over the weekend due to a tropical wave in the region.

The National Emergency Management Organisation (NEMO) reported widespread flooding and landslides in various parts of St. Lucia during the rainfall from Friday through Sunday, resulting in evacuating residents whose homes were either partially damaged or destroyed.

“St. Lucia and the rest of the region has been experiencing bad weather for a number of days now. And with that bad weather, we saw the flooding and a number of landslides. We did receive calls from a number of individuals whose property was partially or totally destroyed. We had one instance again in the Bocage area. We had one in Marigot where the home was totally destroyed, and just this morning, I received a call from the Ti Rocher area where there is a house that is moving due to the rainfall and landslide,” said NEMO Director Dorine Gustave on National Television Network (NTN) on Monday morning.

The Ministry of Infrastructure announced the closure of the West Coast Road to the motoring public due to land slippage at Colombette, Soufriere.

According to satellite imagery from the National Oceanic and Atmospheric Administration, the weather system is moving away from the region.