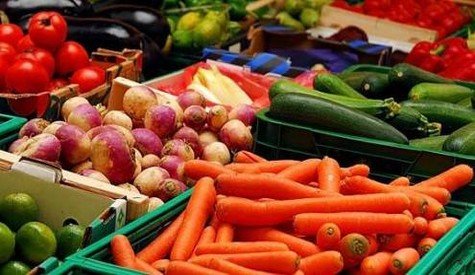 St Kitts and Nevis (WINN): As another World Food Day rolls around on Friday, October 16, the Caribbean still faces a daunting food import bill estimated at US$4.7 billion two years ago and projected then to almost double that amount this year. But that was before the onset of the pandemic. COVID -19 has driven Caribbean countries to rethink local food production strategies.

Nevis, for its part rolls out a week of activities that begin Monday with a promotion at the War Memorial Square, a message from the Minister of Agriculture and a call for dining at local restaurants. A farmer’s market will be held each day of the week.

Thursday will feature dishes from ex-pats living on the island as well as Chef Master Class.

Randy Elliott the Director of Agriculture on Nevis told WINN that the COVID-19 impact on Nevis led to more people getting involved in local food production, some with the assistance of the Nevis Island Administration.

“Support local, buy local! That’s one of the things that we can’t emphasize enough and we would have heard it from the Ministry of Trade, also in terms of supporting … homegrown companies and it’s the same thing we’re saying from the Agriculture Department, support the local producers because. once farmers are able to sell their produce …the farmer will be a lot more encouraged to do more…” said Elliott.

“There are a number of farms, greenhouses, backyard farm large scale and medium-sized farms, and so in another matter of weeks, there’s gonna be a supply an abundance… of agricultural produce in Nevis and so, ” declared Liburd, while pointing out that this week’s event aims to encourage farmers and promote local consumption of food grown on the island.

On St. Kitts , a World Food Day Poster Competition for children aged 5-12 deadline has been extended to October 14. Programs that take a close look at the Federation’s Agriculture sector will be aired on WINN during the course of this week.