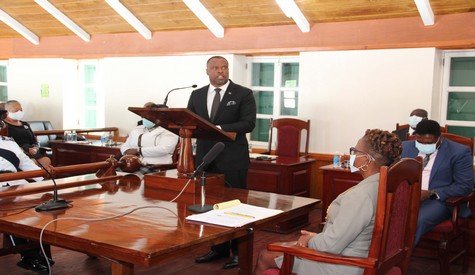 St Kitts and Nevis (WINN): Premier Mark Brantley is announcing three new initiatives to honor those who lost their lives, and loved ones, during the country’s worst maritime disaster.

On the eve of August 1, that fateful day, fifty years ago, when the inter-island ferry the MV Christena sank and scores perished, the Nevis Island Assembly held a historic sitting in Charlestown.

On August 1, 1970, the MV Christena with a capacity for close to 150 passengers had onboard more than twice that number and sank on its way to Charlestown. There were 91 survivors, according to reports.

The special sitting of the Nevis Island Assembly featured presentations from former prime ministers, former premiers and the current prime minister and premier.

The dignitaries all paid tribute and recalled their own memories of the event and its aftermath.