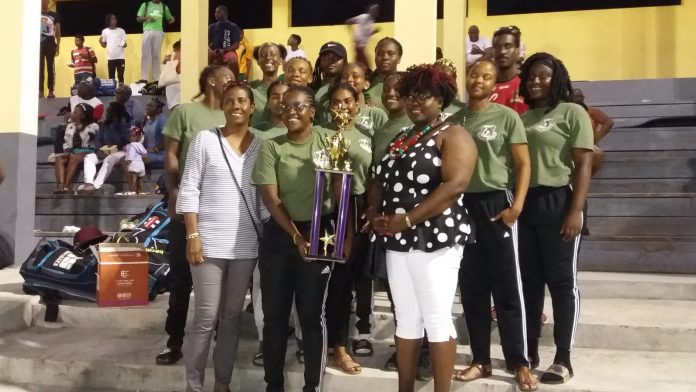 Apart from the T-10 matches hosted by the Nevis Cricket Association, the St. Kitts and Nevis female Cricket teams, pitted their skills against each other, in two matches.

A huge and vociferous crowd was on hand, to witness the encounters.

These two encounters were sponsored by the Hon. Hazel Brandy Williams, with big money prizes going to the winning team and the outstanding players on the day.

Arsheena Freeman batted throughout the innings to score 20 and Saneldo Willet hit a cameo towards the end of the innings, to get to 30 not out.

The St. Kitts team gave away more than 30 extras.

In game two, the outstanding batter for Nevis was Melicia Clarke and Arsheena Freeman was the dominant bowler, as Nevis again overpowered their opponents.

At the end of the two matches, Hon. Hazel Brandy-Williams, was on hand to deliver the top prizes as follows: