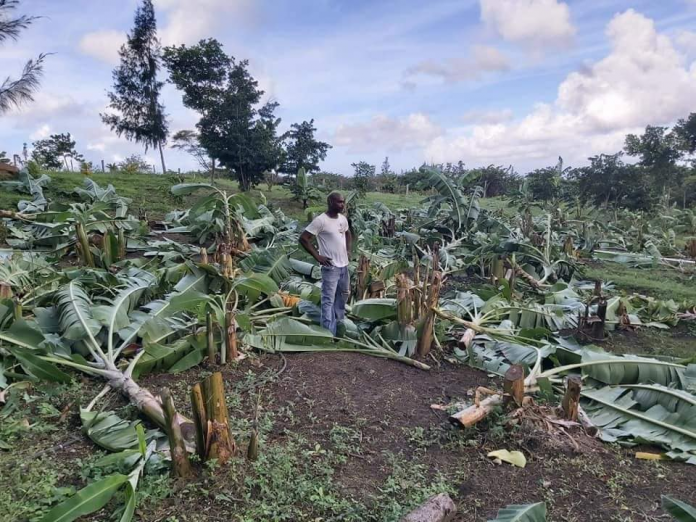 St. Kitts and Nevis (WINN) — Crops on a farm in the Fountain Village area in Nevis were destroyed by intruders sometime between Monday night and early Tuesday morning of this week.

Former Permanent Secretary in the Ministry of Agriculture on Nevis, Dr. Kelvin Daly, visited the ransacked farm and conducted an interview with the owner Mr. Keith “Keebo” Wade.

In the 12-minute interview that made the rounds on social media, “Keebo” explained that crops lost include Banana, Mango, Pear, Coconut, Breadfruit, Soursop, and Papaya.

“Keebo,” said it is not the first time his farm has been attacked, and he had previously lodged several complaints with the police and top government officials but nothing has changed.

Some 250 ft of pipe was previously stolen but eventually recovered, and, on another occasion, the fence of his farm was cut resulting in stray animals eating all of his crops, the irate farmer complained.