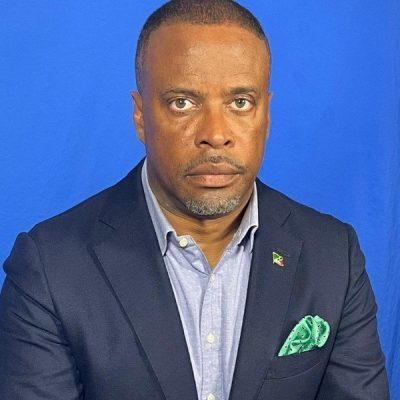 NIA CHARLESTOWN NEVIS (July 07, 2021) – Premier of Nevis Hon. Mark Brantley, Minister of Foreign Affairs in the Government of St. Kitts and Nevis, has publicly expressed his condolences to the family of Haiti’s President Jovenel Moïse, who was assassinated at his home on Wednesday, July 07, 2021.

“I express great regret on the tragic death of the President of Haiti, Jovenel Moïse, who was attacked and killed in his home in the small hours this morning. Haiti is an important Caribbean sister and we pray for calm and the urgent apprehension of those responsible for this reprehensible act of violence.

“I extend deepest condolences to his family in this difficult time not only for Haiti but for our region. I extend condolences also to all our Haitian brothers and sisters who live here in St. Kitts and Nevis. Today we all stand with Haiti,” he said.

Media reports state that a squad of gunmen attacked 53-year-old President Moïse and his wife Martine at their private residence in Pelerin 5 near Port-au-Prince. Mrs. Moïse was hospitalized with gunshot injuries.

Reports also indicate that Claude Joseph has been named Interim Prime Minister of Haiti, a nation long plagued with political and economic instability and turmoil.

Hon. Gaston Browne, Prime Minister of Antigua and Barbuda and Chairman of the Caribbean Community (CARICOM), informed of an Emergency Caucus of The Conference of Heads of CARICOM on Wednesday to discuss the current situation in Haiti and the grouping’s response.