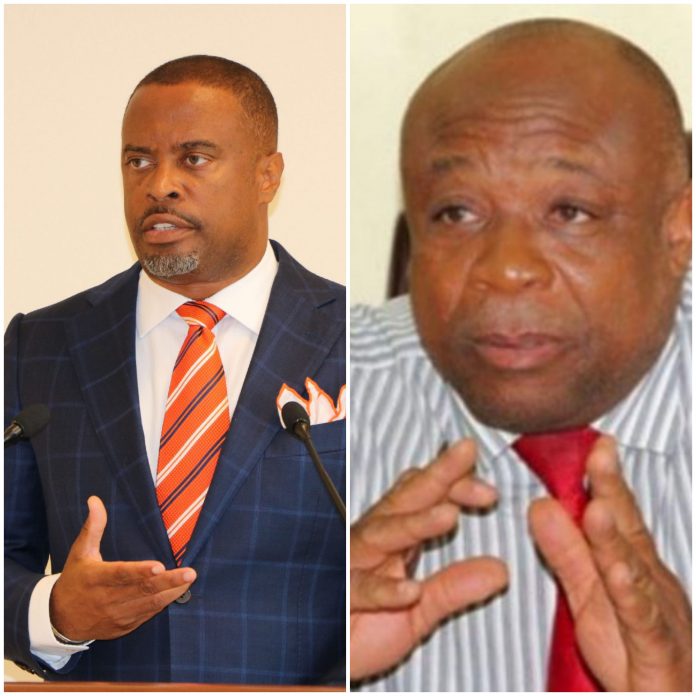 St. Kitts and Nevis (WINN): Premier of Nevis the Hon. Mark Brantley criticized the Nevis Reformation Party (NRP) for failing to deliver dialysis treatment when they were in office some ten years ago.

Speaking at his February 24 press conference, Brantley claimed that there was no plan in place for dialysis treatment to take place on Nevis.

“I recall that two Dialysis Units were delivered…that were ordered by the NRP at the time. Machines, which when we looked at them, should have cost roughly US$30,000 each; US $225,000 was paid for those two machines. We are yet to understand where the rest of the money went but we understand it was an election season because there was no plan for dialysis by the NRP,” said Brantley who was installed as Minister of Health following the January 2013 Nevis Island Assembly election.

“No nurse training, no nephrologist, no vascular surgeon, nobody to treat the water except two grossly overpriced machines and one may want to wonder rhetorically ‘weh deh money gone’. [The Dialysis Units] arrived by some act of faith on April fools because I believe that’s exactly what the NRP had intended, an April fools joke,” he added.

The Health Minister reported that the Nevis Island Administration (NIA) has been subsidizing the cost of travel between St. Kitts and Nevis for Nevisians currently receiving dialysis treatment at the Joseph N. France General Hospital on St. Kitts. He also noted that a Dialysis Unit will be operationalised upon completion of the Alexandra Hospital Expansion Project.

“I recently visited the Dialysis Center in St. Kitts and met and spoke to our patients who were there being dialysed and get a sense from them directly… and from my conversation with them, I didn’t get a sense that they were not satisfied with the treatment that they were receiving.

WINN FM contacted Mr. Hensley Daniel who served as Minister of Health in the NIA when the Dialysis Unit was purchased.

He said: “That is crass ignorance. He is trying to legitimize his incompetence…he is clueless about public policy and programmes. I bought a mobile, turn key Dialysis Unit equipped with the following: two modern dialysis machines; A water treatment plant; two Patient Treatment Chairs; A Nursing Station; An Examination Room.”

The former Health Minister revealed that the NIA had engaged a nephrologist overseas for the operationalization of the Dialysis Unit.

“Dr. Gardener, the nephrologist who runs the Dialysis Centre in St.Croix would be engaged as the consultant and he would supply the re-agents. He had advised that we hire a nurse with at least five years experience to run the unit and in the process train others..

The late Herman Liburd, then the Legal Adviser, had already begun drafting the Memorandum of Understanding to engage Dr. Gardener and prepare the Terms of Employment for the nurse.”