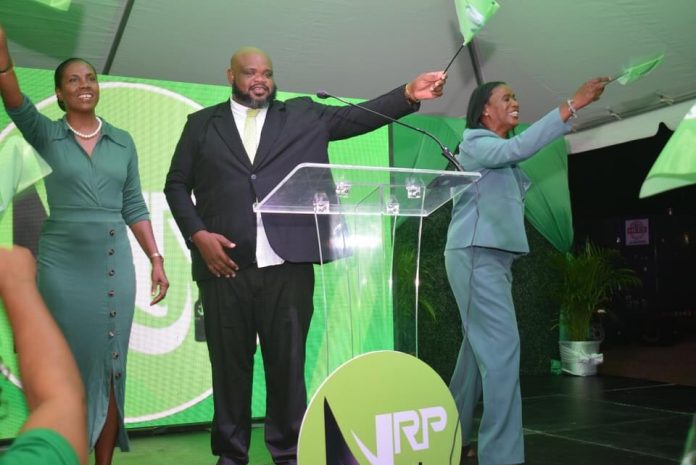 St Kitts and Nevis (WINN): The Nevis Reformation Party (NRP) has officially signalled the start of its campaign for the upcoming St Kitts Nevis General Election with the launch of the Federal Candidates. The event was held on Friday, June 3, 2022.

The Federal Campaign Launch was held at the Villa Grounds in Charlestown in the presence of hundreds of supporters. The event was also streamed live on YouTube and Facebook, as well as on radio.

In their presentations, the candidates said they will ensure that Nevis receive good representation once elected. They mentioned that legislation and policies will be of prime focus, so that Nevis will get its “fair share” in all regards. The federal candidates also shared with the people of Nevis their intention to improve the lives of individuals and families.

Following the presentations, the audience had an opportunity to greet and mingle with the candidates, and take pictures in the 360 photo booth, whilst enjoying the sounds of EK The Real Right.

A date for the St Kitts Nevis General Election is yet to be announced by Prime Minister Dr. Timothy Harris. The election must be called by August 8, 2022.