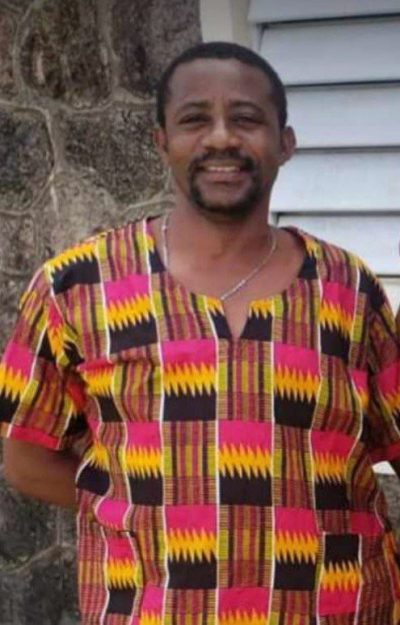 St. Kitts and Nevis (WINN): The work, life, and legacy of a cultural icon was remembered at a Service of Thanksgiving when hundreds of Nevisians gathered in-person and thousands viewing online to remember the late Chesley “Faro” Davis who was laid to rest on Monday, March 07, 2022.

The Service of Thanksgiving was held at the St. Theresa’s Catholic Church at Old Hospital Road and saw tributes from his sons Mr. Chevaun Walwyn and Mr. Cheslin Maloney, and staff from the Department of Community Development and the Nevis Cultural Development Foundation.

In delivering the formal remembrance, Mr. Halsted “Sooty” Byron, a former work colleague, called for the Cotton Ground Community Center to be renamed in honour of “Faro”. The well-known cultural icon was also recognised as a pillar in the Cotton Ground and surrounding communities in St. Thomas’ Parish and by extension the island of Nevis.

Immediately following his passing on February 08, the Nevis Culturama Committee noted that he served in various capacities but would be most remembered for his work with the Culturama Junior Kaiso Contest. He chaired this sub-committee for many years and made a significant contribution to the development of many junior calypsonians on Nevis and subsequently the Culturama Junior Kaiso Contest.

In the area of music and entertainment, Chesley was a member of the Magnates Band during the late 1980’s and early 1990’s playing the roles of percussionist and vocalist. He was one of Nevis’ longest-serving master of ceremonies and for many years single-handedly emceed most, if not all of the Culturama shows and other such events on the island.

Chesley managed the Research and Documentation Unit at the Department of Culture and later the Nevis Cultural Development Foundation, where he researched and prepared many of the profiles for past Culturama patrons. He had a rich knowledge of Nevisian culture and history and would be missed for his enormous knowledge in this area. His work in the field of culture and cultural development on Nevis would long be remembered.