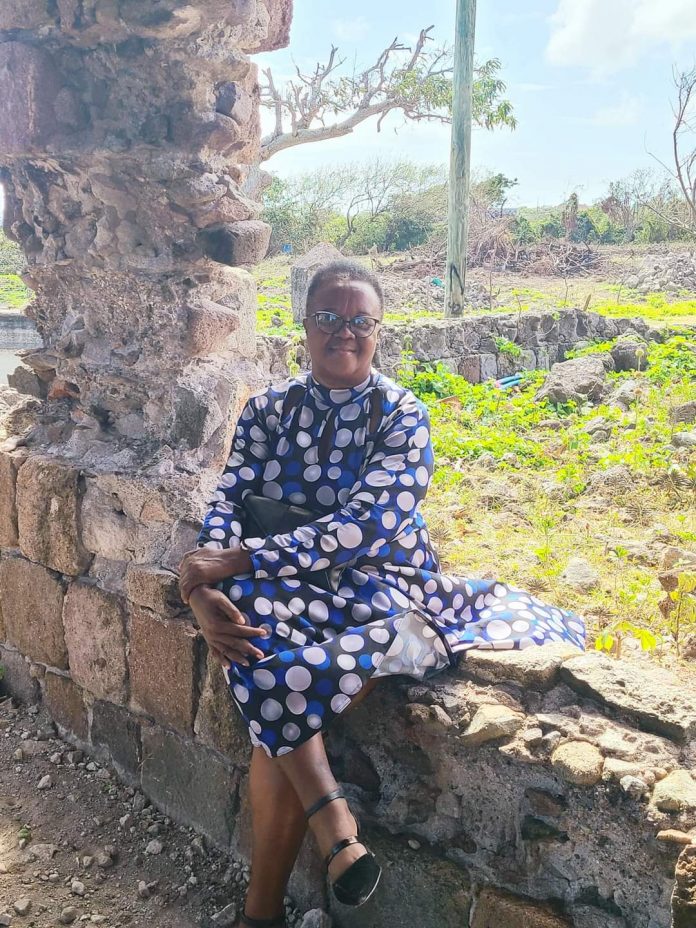 St. Kitts and Nevis (WINN): Rules for hairstyles in schools across the region are creating a buzz on social media as students return to the classroom for the new academic year.

Most parents and guardians are disagreeing with the guidelines and in some cases are asking the schools to reconsider the guidelines.

Nevisian educator Dr. Andrea Bussue has joined the conversation saying, “not only are the rules discriminatory, such as no wearing of wigs or weaves, but they are also downright ridiculous.” Dr. Bussue in a Facebook post on Thursday suggested that schools should “shift the focus from restriction to entrepreneurship.”

She said, “have these teachers or principals ever thought of building a program or opening up beauty shops and barber shops on high school campuses? Teach our children basic life skills so that they can survive when the economy takes a nose dive. What about encouraging students who can, to grow their hair, cut it, and donate it to organizations like Locs of Love, which makes wigs for children and adults who suffer hair loss caused by cancer or alopecia.”

A memo from the Charlestown Secondary School dated September 04, 2022, restricted girls from wearing wigs and weaves and using dye or coloured sprays. “Should braided extensions be used for buns and wraps, the buns should not be excessively large and should be no more than 10 cm in diameter. Crochet braids are allowed with the following stipulations: styles using crochet braids should mimic the student’s natural braided hair. Braids are permitted but only conservative and protective hairstyles should be used. These should be no longer than shoulder length. If braids are longer, they will have to be removed or adjusted,” the memo stated.

The school says hair for boys should be cut no longer than 1 inch and twists are prohibited.

Dr. Bussue, an educator for more than 20 years, further wrote, “when we concern ourselves about hair color, why not teach our students how to blend colors, how to color braids, how to create a business model that will help our students to be entrepreneurs. The hair business is a billion dollars business. Why not tap into it? When our students graduate and head to college, they can even have a side gig making money to fund their education. Why not teach our children the difference in hair grades and the products that are most suitable for the different types of hair?

Our hair is our crowning beauty. Why not teach our children to love their hair? Regulating hairstyles is a complete waste of time. Support creativity. Think outside the box. Embrace differences. Yes, even in hair. Refrain the urge of restricting others hairstyles because of your personal preferences. Drink some water. At a time when children and teenagers need a confidence booster, leave their hair alone. You will be happy if you did. Embrace creativity. Yes, I am a principal. I have two requirements for hair. First, it must be clean, and second, it must be free of parasites, or fungi such as lice. I enjoy the creativity. My students leave our school with a sense of who they are. I pray that soon and very soon, our high schools administrators will catch the vision, and create beauty shops on campuses across the Caribbean rather than rules that discriminate against students.”

In St. Lucia, the government there says it “remains committed” to reviewing the present positions regarding issues of grooming in schools after the 13-year-old son of a lawyer was prevented from attending classes on the first day of the new school term on Monday. “The Ministry of Education is aware of situations at various schools which have sparked public discussion, as it relates to issues of grooming in schools on the island,” the ministry said in a statement.

In a statement posted on his Facebook page, attorney Al C Elliot Sr. said one of his 13-year-old twins, attending St. Mary’s College, was denied entry “into his classroom this first day of school because his hair does not conform to the rules of the school”. He said one of the boys had decided to wear his hair grown out, while the other has a flatter haircut.

“I am so disappointed in my alma mater. I am disappointed that this is a conversation to be had in 2022,” Elliot wrote, recalling that when he attended the College, that has produced the island’s two Nobel Prize winners, “my principal then, the revered Mr. Mondesir, wore his hair like my son”.

In Antigua, the Cabinet says that it will change the law, if necessary, to accommodate children who wear locs to school.

“The Cabinet of Antigua and Barbuda having met, all members present—three days following the re-opening of all schools, public and private—expressed its strong condemnation of several schools, both private and public, that discriminate against Rastafarians and those students who wear their natural hair in locs,” the executive said in a statement.

“If it becomes necessary, the Parliament of Antigua and Barbuda will be induced to change policy into law,” the statement concluded.

Its announcement comes after a 5-year-old girl was refused entry into the New Bethel Seventh Day Adventist Academy in Liberta because the school has a policy against wearing locs. The child who had already been accepted into the school was turned away during orientation after the principal pulled her mother aside and informed her that the child could not attend school with locs. The mother told Observer that she was given an ultimatum to chop off her daughter’s hair or not return.

While the family does not present themselves as Rastafarians, Cabinet says the Constitution of Antigua and Barbuda protects freedom of religion, freedom of association, and the freedom to hold a belief system that differs from the majority’s.