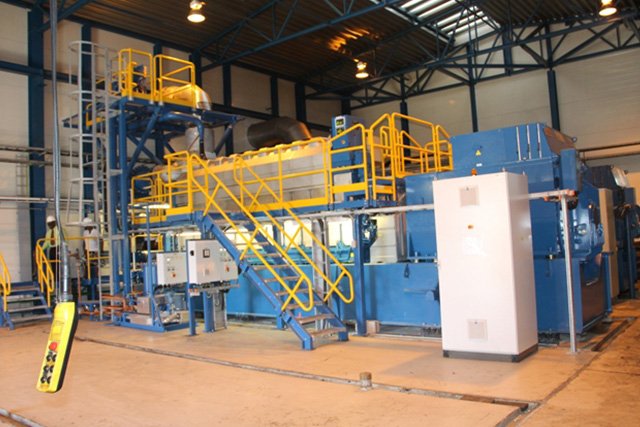 St. Kitts and Nevis (WINN) – “There can be no developments in our island without energy; energy and the provision of electricity absolutely critical if the island is going to advance,” Hon. Mark Brantley, Premier of Nevis and Minister of Public Utilities and Energy, during a ceremony today (March 15).

Premier Brantley applauded the work of the Nevis Electricity Company (NEVLEC) and Wӓrtsilӓ corporation (the generator’s supplier) on the commissioning of the new multi-million-dollar 3.8-megawatt Wӓrtsilӓ generator at NEVLEC power station at Prospect, Nevis.

Mr Earl Springette, Generation Manager and Project Manager, said the completion of the project was met with challenges, including a delay in the delivery of the computer system and the COVID-19 pandemic, which did not allow for an in-person factory test of the engine.

The US$5 million 3.8-megawatt unit is similar to the one obtained in 2017. The cost of the whole project, which included the generator and all its auxiliary systems, is about US$6.3 million, which was facilitated through a loan from the Republic Bank and as such, the Premier urged consumers to keep up with payments.

“We are grateful for Republic Bank’s confidence in NEVLEC, the Nevis Island Administration and in the people of Nevis. Let me echo the fact that Republic Bank didn’t give us the money. It was not a grant. It was a loan, and loans have to be repaid. And so I echo the sentiments of Mr Tross, please, please make sure you pay your bills and pay them on time.”

Stedmond Tross, Chairman of the Nevis Electricity Company Limited Board of Directors, said this investment is a testament to the Nevis Island Administration (NIA) and NEVLEC’s commitment to supplying efficient, sustainable and affordable energy for the island.

Albert Gordon, General Manager of the Nevis Electricity Company Limited, said more work is to be done in building out the supply of power to consumers.

“We are still not where we want to be because one of the rules of thumb in power systems is you should be able to have your largest unit out for maintenance, and you should allow for a failure of your next largest unit. The arithmetic will indicate now that the two largest units are 3.8-megawatts, so that’s  7.6. So if 12 is on scheduled maintenance and we lose 11, then we are going to be able to comfortably meet the 10-megawatt demand. So even though we are much better off than we were before, we still have some way to go.”

Gordon said the new plant will be delivering 20 kilowatts per hour per gallon and makes a significant difference in meeting the demand, especially as NEVLEC is moving to decommission some of the older generators that burn fuel at a higher rate for lower load, especially in light of the cost of fuel prices.

The Chair said they are also keeping an eye out on supply issues of crude oil as that could also drive up the cost of the resource.

NEVLEC and the NIA have a goal of supplying 90 megawatts by 2030 with the addition of geothermal power to Nevis for local and regional consumption to develop the Island’s economy through the export of hydrogen and ammonia and help fight against climate change by lessening reliance on gas.

While NIA has plans to develop renewable energy (understanding the need to switch from natural gas) to meet the consumer’s immediate needs is being prioritised over the future development of green energy efforts on the island.

“While green energy, geothermal energy in particular; solar and wind energy as options; continues to be an aspiration of this government, we couldn’t allow aspiration to trump the practical demands of our people. And whilst we work towards renewable energy in the future, we had immediate needs to ensure that our people have electricity and a reliable supply of electricity in the immediate term,” said Premier Brantley.

Under the current global situation with the conflict in Ukraine and the ban on Russian oil, the rise in the price of oil and the trickle-down effect of that course, Brantley said he would continue to work on providing fuel-efficient means of supplying power but emphasised that some of the responsibility lies with the consumers and urged people to conserve electricity to mitigate the price of electricity.