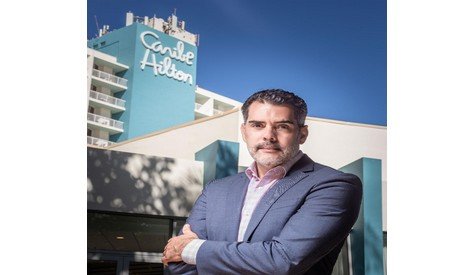 (Barbados Today) The Caribbean Hotel and Tourism Association (CHTA) has a new president after Puerto Rico-based hotelier Pablo Jose Torres Sojo stepped down one year into the position.

He turned over the presidency to First-Vice President Nicola Madden-Greig of Jamaica during the CHTA annual general meeting on Friday.

Torres, who took over the presidency from Barbadian hotelier Patricia Affonso-Dass last year, said he was unable to complete the second year of his term due to “the need and circumstances” in his own company, adding that his current role has “made it very difficult for me to be as active as I want to be”.

The bilingual Torres, who has over 31 years in the hospitality and tourism industry, was the General Manager of Caribe Hilton in San Juan, Puerto Rico when he took up the post of CHTA President.

In January, he was appointed the hotel’s Area Vice President of Operations for the Caribbean, Mexico and Central America.