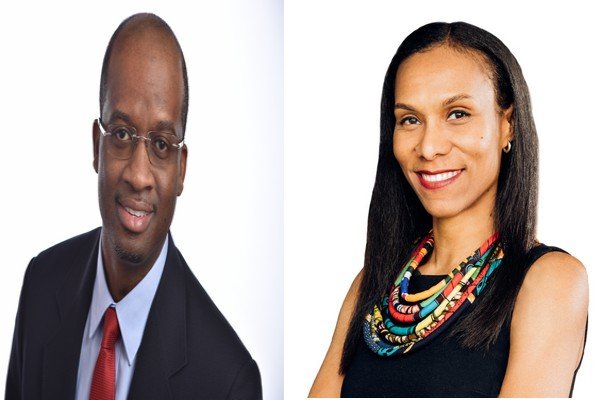 Basseterre, St. Kitts and Nevis, December 3, 2022 [Press Secretary’s Office]: Prime Minister of St. Kitts-Nevis, the Honourable Dr. Terrance Drew, has tapped into the diaspora and appointed two nationals to serve as diplomats to the Federation.

Hadiya Claxton and Calvin St Juste have been appointed to serve in the capacity of ‘Special Envoy for Investment’ of the Federation of St. Kitts and Nevis. Both natives of St. Kitts are executives in global companies headquartered in the United States of America.

Hadiya Claxton earned a bachelor’s degree from Spelman College and a Doctor of Law degree from Harvard Law School. She has over 20 years of experience across several industries. These include corporate transactions, finance, real estate development, intellectual property, technology, manufacturing, marketing, and public relations. She is currently the Chief Legal Officer & Global General Counsel of McIlhenny Company / TABASCO® Brand. She also leads the company’s risk management strategy and is the company’s first Black corporate officer. McIlhenny Company was founded in the United States in 1868 and currently distributes and markets its TABASCO® Brand food products and merchandise across more than 195 countries and territories worldwide.

Claxton’s thought leadership, business acumen, and strategic insights have made her a much sought-after legal and business strategist. She has held leadership roles in several companies throughout her career. She also has years of experience as a university professor and a negotiation coach. She has won many academic and professional awards throughout her career and is a featured speaker at numerous global events.

Calvin St Juste has over 25 years of experience in roles across several industries including investments, commercial and international private banking, telecommunications, and telemedicine. He was the Chief Operating Officer & Head of Global Strategy for Morgan Stanley Wealth Management Financial Wellness in New York. Morgan Stanley is the #1 ranked wealth management firm in the world. In early 2022, he was appointed as the Global Audit Head of Technology at T. Rowe Price, a company ranked as the #3 asset management firm with $2 trillion in assets under management. Throughout his career, he has notably led the largest telemedicine operation in North America and managed one of the largest global digital social media operations at Comcast NBC Universal. He has won many international business awards and is a featured speaker at several global conferences.

St Juste holds a bachelor’s degree from Goldey-Beacom College, a Master of Science degree in Global Innovation Management from Stevens Institute of Technology, and an Executive Certification from Wharton Business School. He is currently a Board Advisor for Stevens Institute of Technology Business School and a Board Member for Patriot Federal Credit Union.

Claxton and St Juste possess years of experience that make them a powerful asset duo for the Federation. Both diplomats will aid in the Federation’s restrengthening and improvement of its international marketing capabilities and investment promotion strategies. The Special Envoys will also assist and advise the Prime Minister and the government on several matters. These include but are not limited to exploring the expansion of current avenues of revenue generation and, where possible, reviewing the development of new revenue streams.