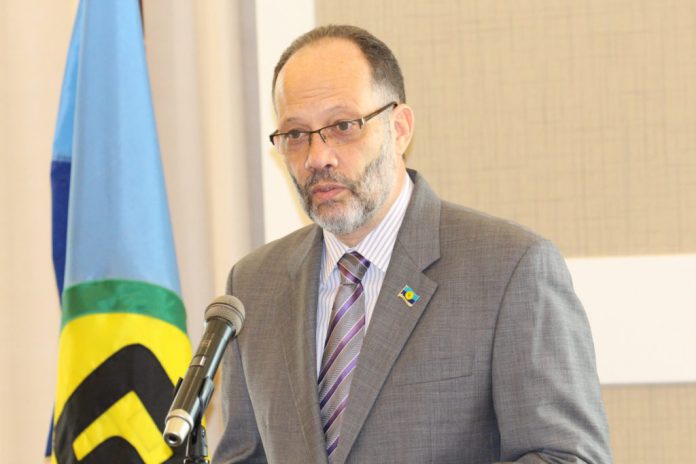 BRIDGETOWN, Barbados (CMC)— The European-Caribbean Forum (EU/CARIFORUM) Climate Change and Health Project in the Caribbean was launched on Tuesday aimed at reducing mortality and morbidity from health consequences of climate change and promoting linkages to the environmental determinants of health.

Caricom Secretary-General, Irwin LaRocque, speaking at the virtual launch of the five-year-project, said that the Caribbean is confronted with numerous challenges, “but there is no doubt that the most urgent and the greatest threat is climate change.

“It is no exaggeration to say that climate change threatens our very existence. We have experienced its devastating effects, mainly through the greater frequency and intensity of storms, unusually heavy rainfall, drought and rising sea levels. There is, however, another less obvious consequence, the effect on health,” he said.

Under the project, the Trinidad-based Caribbean Public Health Agency will design, develop and pilot an integrated surveillance system inclusive of a model, for expansion and sustainability of the system in three CARIFORUM countries with a preliminary focus on zoonotic, vector-borne disease, foodborne and waterborne disease, respiratory disease and heat-related illness;

The Belize-based Caribbean Community Climate Change Centre (CCCCC) will advance the development of health and climate change concept notes for funding, and LaRocque reminded the ceremony that the CCCCC is one of two regional institutions accredited to the Green Climate Fund.

The Barbados-based Caribbean Institute for Meteorology and Hydrology will under the project develop an early warning system for Sahara Dust in one CARIFORUM country, building on its existing work in spearheading early warning systems for drought in key economic sectors.