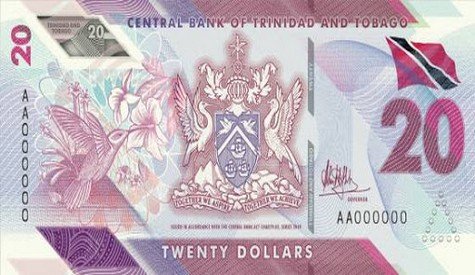 Head of Banking Operations at the Central Bank Sharon Villafan said among the advantages of the polymer notes are improved durability—they last two and a half times longer than cotton notes. They also have stronger security features to protect against forgery and more defined tactile features which provide improved access for the visually impaired.

Hilaire said the introduction of the new notes comes as the Central Bank explores ways to reduce the costs of its currency operation and moves toward digitisation. He said there are plans to reduce reliance on notes and coins for a while.