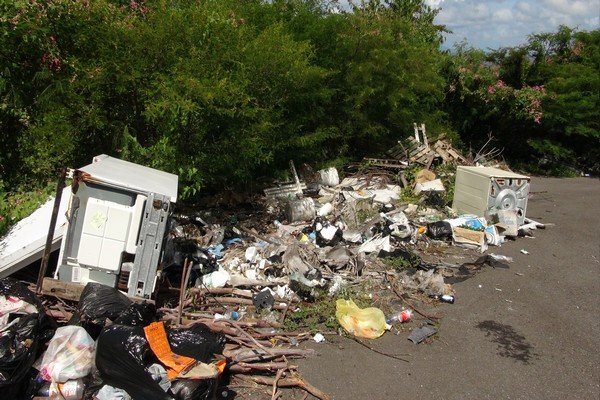 The Bill which repeals and replaces the 19-year-old existing Nevis Solid Waste Management Authority Ordinance Cap. 3.03 legislation was passed at a sitting of the Nevis Island Assembly on July 13, 2021. It addresses issues including the unauthorised disposal of solid waste; the prohibition on the importation of waste, the appointment of litter wardens, and the management of vacant land.

Hon. Hazel Brandy-Williams, Junior Minister of Health, who tabled the Bill, noted that under Section 28 of Part 1V – Waste Management Licences and Permits – dealing with the Unauthorised disposal of solid waste, no one should deposit or knowingly cause to be deposited solid waste in or on any waste land, beach, foreshore, marine waters, rivers or river banks.

Under Section 32 of Part V – Waste Management Operations – dealing with the Prohibition on the importation of waste, no person shall import any waste other than what is provided for in subsection (1) including waste generated by aircraft landing on the island and also in manufacturing.

Any person who imports any hazardous waste contrary to subsection (1) commits an offence and shall be liable on summary conviction to a fine of not less than $650,000 but not exceeding $800,000 or imprisonment for a term of five years or both;

On conviction on indictment, the offender would be subject to a fine of not less than $1million but not exceeding $2million or imprisonment for a term of seven years or both.

Any person who imports any waste, other than hazardous waste, in contravention of section (1) commits an offence and shall be liable on summary conviction to a fine of not less than $85,000 but not exceeding $150,000 or imprisonment for a term of two years and six months or both.

On conviction on indictment, a fine of not less than $250,000 but not exceeding $350,000 or imprisonment for a term of four years or both would also be imposed on the offender.

According to subsection (2), the Authority or an authorised officer may order a person referred to subsection (1) to remove such vehicle within seven days by issuing an enforcement order.

Where a person who owns a vehicle referred to in subsection (2) cannot be identified, the Authority or authorised officer shall affix the enforcement order on the vehicle that is required to be removed and if on the expiry of seven days such vehicle is not removed, the Authority or an authorised officer shall arrange for the removal of such vehicle and take it to a site referred to in subsection (1).

All expenses incurred by the Authority related to the removal may be recovered from the owner or person in charge of the vehicle as a civil debt owing to the Authority at the Magistrate’s Court in Charlestown.

In Part V11 – Litter Abatement – in Section 49 which speaks to the appointment of litter wardens, the following persons shall be ex-officio litter wardens:

A member of the Board; the General Manager of the Solid Waste Management Authority; the Operations Manager; an Environmental Health Officer and a member of the police force. The Minister may by instrument in writing appoint other persons to be litter wardens.

The litter wardens will be responsible for preventing contravention, ensuring enforcement, and assisting generally in administrating any provision of Part V11.

Under Section 52 which deals with the cleanliness of vacant land, according to subsection (1), any person who owns or is in charge of vacant land shall keep that land clean and free of overgrown grass, bush or trees, and shall not allow that land to be used as a place for the dumping of litter.

A litter warden, according to subsection (2) may, in accordance with the provisions of Section 48 which deals with the prohibition on disposal of litter, can issue a litter removal order.

When a litter removal order is issued and the offender fails to comply with the terms of the order, the litter warden may make arrangements for the cleaning of the vacant land and recover the expenses incurred in cleaning up the land as a civil debt owing to the Nevis Solid Waste Management Authority in the Magistrate’s Court in Charlestown.