New Species of Beetles Discovered in St Kitts and Nevis 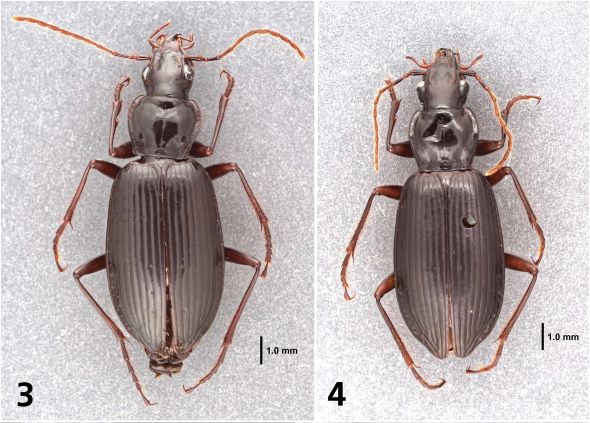 Basseterre, St. Kitts (SKNIS): Two newly discovered species of beetles from the top of the mountains of St. Kitts and Nevis have been named in honour of a famous Nevisian scientist and a recently departed Kittitian civil servant.

DuPorte’s Ground Beetle (Platynus duportei Liebherr and Ivie) and Racquel’s Ground Beetle (Platynus racquelae Liebherr and Ivie) were named in honour of the famous McGill University (Montreal, Canada) insect morphologist Professor Ernest Melville DuPorte (1891–1981), a native of Nevis, and Mrs. Racquel Williams-Ezquea (1983–2018), recently of The Government of the Federation of St. Kitts and Nevis’ Forestry Unit. The tribute appeared in a paper published in the March, 2021, issue of the International Journal Coleopterists Bulletin. The paper was authored by Professors James Liebherr of Cornell University and Michael Ivie of Montana State University, USA.

The beetle species, one from Nevis Peak and the other from Mount Liamuiga, represent the first records for the Platynus from the country and are a unique part of the nation’s biodiversity heritage. The discovery also contributes to our understanding of the biotic importance of the region. The new species fill in the northern-most records of this mountain-top species group, found only in the Lesser Antilles previously known from Basse-Terre, Dominica, Saint Lucia and St. Vincent. The new species continue the pattern of each species being restricted to a single island. Such knowledge allows better planning and protection of areas supporting such globally unique resources.

The species were discovered during the Terrestrial Ecological Inventory Project, a component of the Conserving Biodiversity and Reducing Habitat Degradation in Protected Areas and Their Areas of Influence, St. Kitts and Nevis Project of The Government of the Federation of St Kitts and Nevis, the United Nations Development Programme, Office for Barbados and the Eastern Caribbean, and The Global Environment Facility.