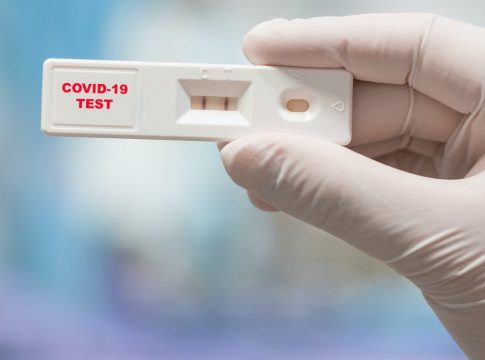 (Antigua Observer) Travellers to Antigua and Barbuda will soon have the option to choose between a polymerase chain reaction (PCR) and a rapid antigen Covid-19 test in meeting the pre-departure requirements to be allowed into the country.

The adjustment to the rules will come into effect on November 17 and a new travel advisory will be released shortly, detailing that and the requirement for incoming visitors to be fully vaccinated.

Allowing the rapid antigen tests – which must be presented before boarding a plane to Antigua – is a significant deviation from what has been the norm since July 2020, when the mandatory testing requirement was first implemented. Since then, only PCR tests have been accepted by the health authorities, who have consistently referred to them as the “gold standard” of testing.

Compared to the rapid antigen tests, PCR tests are more sensitive and have accuracy that nears 100 percent, though they take a much longer time to produce results.

According to the government, however, the shift in approach is down to factors including a high confidence in the prevailing conditions, both at home and abroad.