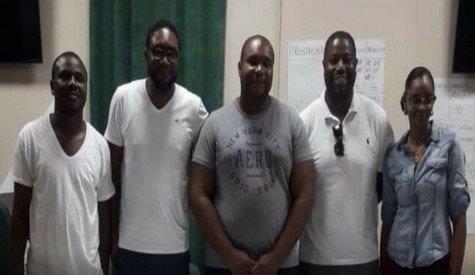 Observed by executive members of the SKNFA, the Newtown Football Club, held it’s elections for a new executive, on the evening of Wednesday 12th August.

Scottie Tyson was elected as the new President.

He expressed surprise at his election but noted that the previous executive had served to drive members away from the club because they did not show the members love.

He was happy to state that he has already received numerous calls from past players, who have indicated that with the new executive in place, they are ready to return home.

Going forward, there are a few priority areas that the new executive will tackle in the immediate future: Seeking a sponsor for the club; facilitating urgent repairs at the Football stadium, and acquiring a means of transportation for the club and its members.