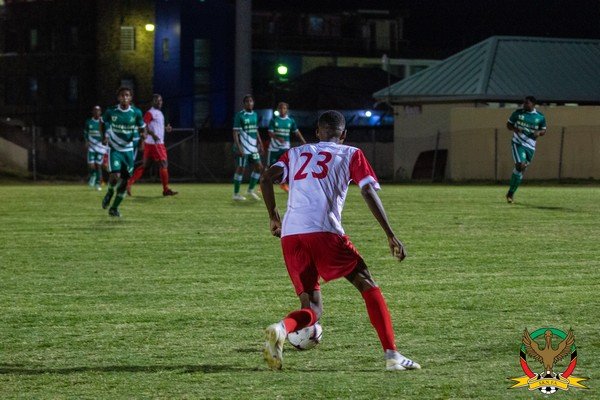 S-Krave Newtown United got a well needed win on Friday night in the SKNFA Premier League, when they edged Trafalgar Southstars 2-1 at the Warner Park.

After the match Newtown player Anwa Springer said they needed to have won this match means necessary after getting bad results in recent times. He said the coach advised them at half time to remain composed, even though they led 1-0.

“After the goal we kind of strayed from what we wanted to do but at least we went in with the lead so it was a good first half…we needed three points by any means necessary so we had to stick with it, played with urgency and played with some heart and determination and come out with these three points,” Springer said.