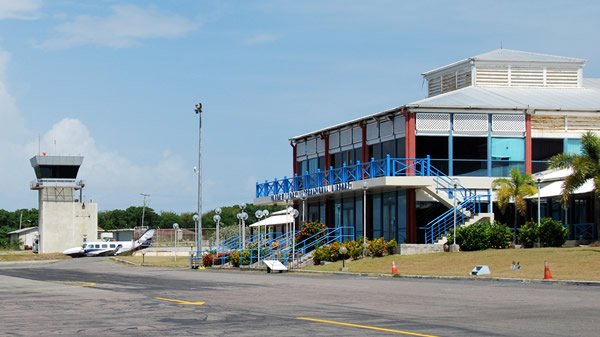 St. Kitts and Nevis (WINN) – Discussions are underway with the Nevis Island Administration and a private investor on building out the Vance Amory International Airport, according to the Premier of Nevis, the Hon. Mark Brantley.

“In relation to the Vance Amory International Airport, I can say we are in discussions, we have not yet finalised anything, but we’re in discussions with a partner. And we’re thinking about doing a sort of private-public partnership project to allow us to develop that airport,” said the Premier during his monthly press conference on May 26.

Brantley shared those plans to counter rumours on Nevis that the airport would be sold.

“So we’ve decided that we’ll have another look at the airport. It is [an] important infrastructure. We cannot allow it simply to stay here and mothball. So we’ll have another look at it. And we have an investor who’s willing to partner with us to put up the capital to allow us to expand that airport and to make it a more viable business entity. I will come as I always do when I have more information, but as I said, we are purely at a stage now of negotiation. But what I can say categorically, there is absolutely no truth that we’re selling the airport; that will not happen under this government.”

The Premier shared what he feels is the reason behind the need to improve the airport’s infrastructure.

“It’s no secret that the airport has not been functioning at an optimum level for a very long time. The optimal levels for that airport would really see several flights a day that hasn’t happened. We have tried everything that we could to get traffic there, including subsidising flights. I believe we had Tradewind Aviation, we had Air Sunshine, we had Cape Air, we had Silver Airways, I think they’re now called, Seabourne, all of these we negotiated and got in, and all of them eventually pulled out on the same premise that Nevisians were not using the airport. And people of Nevis prefer to take a taxi and then take the boat and go to St. Kitts and use the boat over there. That has been the perennial problem that we’ve had.”

In 2002 construction of a modern terminal and a new control tower was completed. Upon completion, the airport was renamed the Vance Amory International Airport after the Former Premier of Nevis and Ambassador to the Federation Vance Amory. Previously the airport was called the Newcastle Airport and was earlier known as Bambooshay Airport.