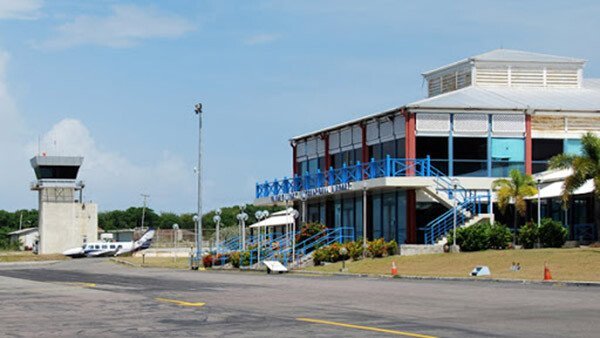 St. Kitts and Nevis (WINN): Plans are still on the table for the renovation and expansion of the Vance Amory International Airport says Premier of Nevis, the Hon. Mark Brantley.

“The last report I got on that is that the designers are still working. We had contracted a firm called Perez and Associates. They are the ones that did the Argyle International Airport in St. Vincent and the Grenadines.”

Premier Brantley said the Nevis Island Administration (NIA) took the decision to pursue a smaller enhancement project at the Vance Amory International Airport instead of the agreement signed with B&L Worldwide Limited in February 2019, to transform the airport into an international hub.

Mr. Brantley who also serves as St. Kitts and Nevis’ Civil Aviation Minister, explained why that decision was made.

“Initially, we were anticipating doing an international airport there. When we looked at the cost, because the cost was at some EC$90 million…and we considered that right next door in St. Kitts, and in Antigua and St. Maarten, you have international airports. We felt that it was probably an unwise investment to make because we didn’t see, for example, a plane would take off from Miami, American Airlines, to fly to RLB and another one to Vance Amory [Airport].

And so what we opted, is to scale back the project but to create a private jet facility. So the idea is to do renovation and expansion works there to cater to the private jet market which will allow us to continue to receive regional traffic but would also allow, for example, when the hotels like Four Seasons have a charter…that they could land right here at the Vance Amory International Airport.”

Brantley was at the time speaking at his April 28 monthly press conference at the NIA’s Cabinet Room when he made that revelation.

The Nevis Island Administration through the Nevis Air and Sea Ports Authority had signed a Concession Agreement with B&L Worldwide Limited on February 06, 2019, for the development of the Vance Amory International Airport.