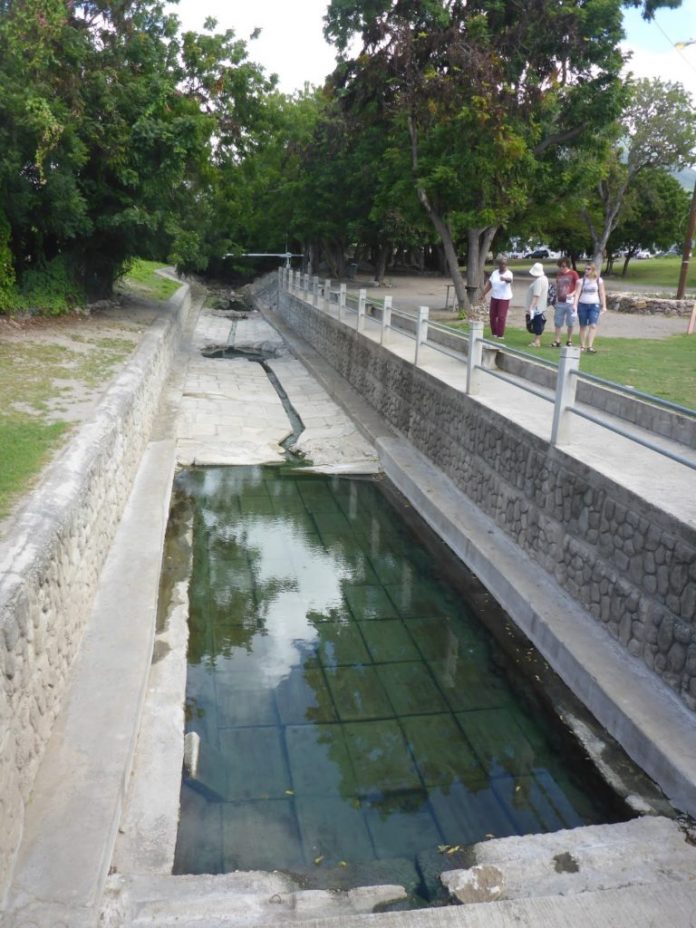 NIA CHARLESTOWN NEVIS – The Nevis Island Administration (NIA) has emerged victorious from a court battle to secure the certificate of title for the historic Bath Hotel and Bath Stream, putting ownership officially in the hands of the government and people of Nevis.

Hon. Mark Brantley, Premier of Nevis, describes the acquisition of the title for the iconic property as a significant win for the people of Nevis.

“Thanks to our Legal Advisor, Mrs. Helene Lewis and her dedicated team of lawyers, the Judge has ruled that a title should be issued to the Government for the Bath Hotel and Bath Stream.

“This regularizes the position and I am grateful that my Government has been able to secure and put beyond doubt that the historic Bath Hotel and Bath Stream belong to the Government and people of Nevis.

“This is a major victory for all Nevisians at home and abroad. We have secured title to this historic site for the benefit of generations of Nevisians yet unborn,” he said.

Mrs. Helene Lewis, Legal Advisor to the NIA, explained that when it came to the attention of the government that an individual was claiming ownership of the Bath Hotel property, the government began the legal process of acquiring the title sometime in December 2020.

“Several months ago the Cabinet became aware that a private individual was claiming to own the Bath Hotel. Now this seemed very peculiar to us since the government had been in occupation of the Bath Hotel since at least 1987.

“This assertion that this private individual owned the Hotel was of great concern, so the Cabinet charged me with resolving the issue.

“So that involved making inquiries at the Land Registry to discover where the title for the Hotel would have been registered, and then getting to the bottom of who were the owners of the Hotel at an earlier stage,” she said.

Mrs. Lewis said after discovering the property had been held by a company registered in Nevis, she made contact with the majority shareholder in France. Once the individual confirmed that the Hotel and the surrounding lands were in fact the property of the Nevis Island Administration, the government set about getting legal documentation in support of that claim.

“In order to clarify the title we had to make an application to the court…At the first hearing date, to our surprise someone purporting to object to the application appeared through a lawyer, and when we challenged in what capacity is that person here, the judge ordered an adjournment for us to make a further submission…

“It was adjourned to March 01. On Monday, March 01, no further objection was or could have been lodged.

“So the Judge, after reviewing the affidavits that we had provided, then made an order that the property should be registered in the name of the Nevis Housing and Land development Corporation, which is the legal entity that holds land on behalf of the NIA,” she said.

Built in 1778, Nevis’ Bath Hotel was the first tourist hotel in the Caribbean. The main building sits on a 7-acre property which includes the thermal Bath Stream. Historically the people of Nevis and international travels have visited the Bath hot springs to enjoy its therapeutic properties.