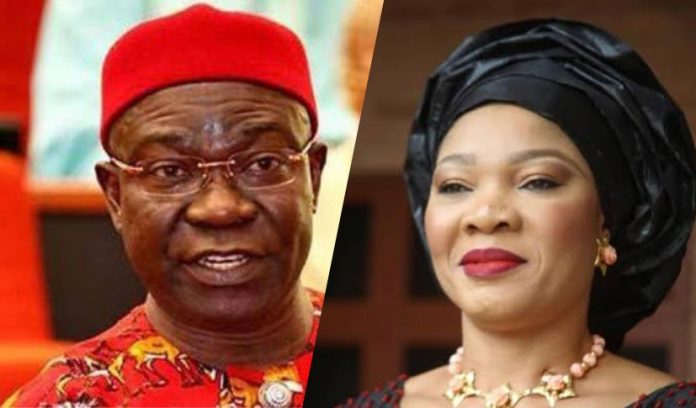 LONDON, June 23 (Reuters) – A Nigerian senator and his wife were remanded in custody in London on Thursday charged with plotting to have a 15-year-old boy brought into the United Kingdom to harvest his organs, the BBC and police said.

Ike Ekweremadu, 60, and Beatrice Nwanneka Ekweremadu, 55, were both charged with conspiracy to arrange travel of another person with a view to exploitation, namely organ harvesting, police said.

Ekweremadu is an opposition senator in the southern state of Enugu, and also a former deputy senate president.

Police said they had been alerted to the alleged plan following reports made of possible offences under modern slavery legislation. The child involved has been taken to safety and work was under way to provide additional support.

The couple appeared at Uxbridge Magistrates’ Court in London where the court was told the child involved was a 15-year-old boy, the BBC reported.

The prosecution told the court that the Attorney General’s consent was required for the case to proceed because of jurisdictional issues, the BBC added, and the couple were remanded in custody until the next court appearance on July 7.

Neither Ekweremadu nor his wife could be reached for comment.