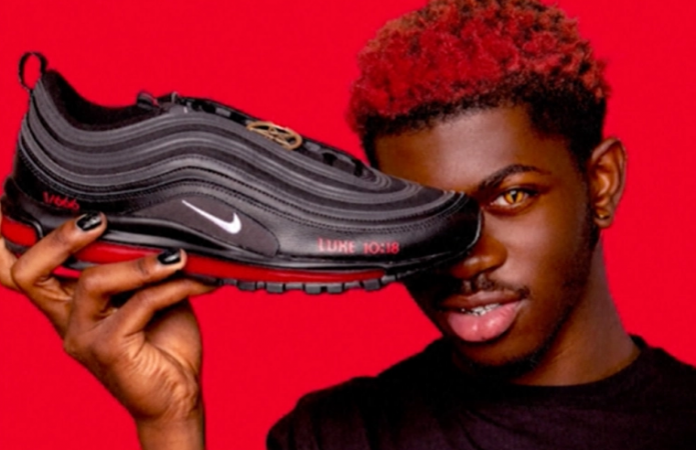 Nike said in the lawsuit on Monday that the company, MSCHF Product Studio Inc, infringed on and diluted its trademark with the black-and-red, devil-themed shoes, which went on sale online that day. Lil Nas X is not named as a defendant in the suit.

The shoes are customised Nike Air Max 97 sneakers that contain red ink and “one drop of human blood” in the sole, according to a website describing the 666 pairs of limited-edition shoes. The back of one shoe says “MSCHF” and the other says “Lil Nas X.”

Several media outlets reported that the shoes sold out in less than one minute at a cost of $1,018 per pair. Lil Nas X said on Twitter he would choose the recipient of the 666th pair from among social media users who circulated one of his tweets.