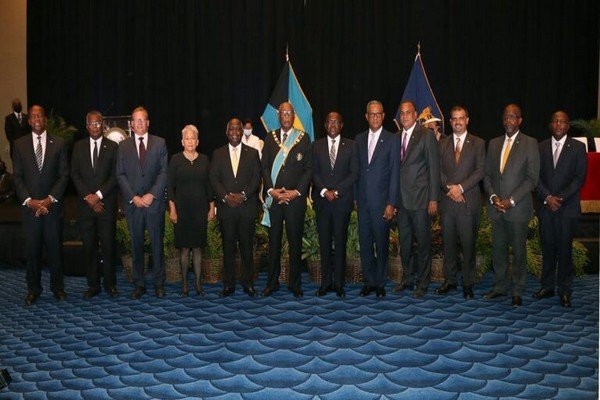 (Eyewitness News) NASSAU, BAHAMAS — Nine government ministers in the new Davis-led administration were sworn in and received their instruments of appointment from the governor-general during a ceremony at the Baha Mar Convention Centre yesterday.

Ryan Pinder, who was appointed to the Senate, was sworn in as Attorney General and Minister of Legal Affairs, along with Senator Michael Halkitis who will serve as Minister of Economic Affairs and leader of government business in the Senate.

The three-ballroom ceremony was packed with dignitaries, family members of ministers, and Progressive Liberal Party supporters.