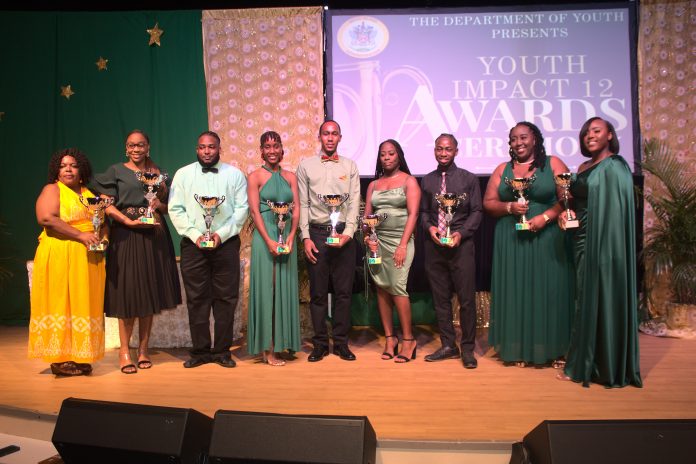 St. Kitts and Nevis (WINN): Nine young people on Nevis have been recognised by the Department of Youth in the Nevis Island Administration (NIA) for their work and meaningful contribution to social and community development.

The Youth Impact 12 Awards Ceremony was held on Thursday, November 04, 2021, at the Micheal Herald Sutton Auditorium of the Nevis Performing Arts Centre under the theme “Champions of Youth Work”.

In an exclusive interview with one of the awardees Mr. Javani Tyson on Thursday, he said “I would like to thank the Department of Youth for nominating me. Even though I wasn’t there [at the ceremony] physically, I was there in spirit.

The sports enthusiast attributed his success to his mom Ms. Tasha Parris. “I express love and appreciation to my mom who is a big role model. She’s my number one coach. She made sure that every summer I was engaged in different sporting events,” young Tyson said, adding that “when I was young, she carried me to netball and football games at the park and I remember the days she used to travel to represent Nevis.

Speaking at the awards ceremony was Ms. Kerdis Clarke, Director of the Department of Youth, who commended the young people for their work in nation-building.

“Nine deserving, hardworking, dedicated, and selfless champions will be awarded for their sterling contributions to nation-building. I wish to express heartfelt congratulations to all of you. We salute all of your remarkable contributions over the years,” Ms. Clarke said.

The Youth Impact 12 Awards is an award where the Department of Youth recognises outstanding young people from the ages of 18 to 30 for their outstanding contributions in various categories.