Nisbett: Send Me Back To Basseterre 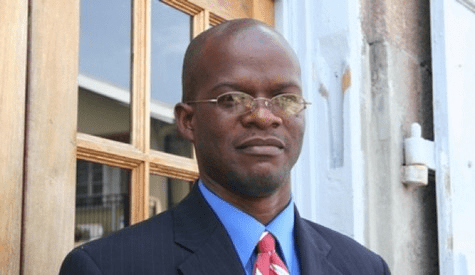 St Kitts and Nevis (WINN): A former attorney general who was the only Nevis Reformation Party representative in the recently dissolved Federal Parliament, is on the campaign trail urging voters in the Nevis 11 constituency to send him back to Basseterre.

At a Virtual Nevis Reformation Party Public Meeting Monday night (May 25), Patrice Nisbett gave reasons why he should be re-elected to the Federal Parliament.

He cited examples Nisbett said shows he had been able to address Nevisian concerns in the National Assembly in Basseterre as attorney general in the then Denzil Douglas-led Labour Party government.

“One of the first things I did after nine months in Basseterre … Parry told me I want to bring financial stability to Nevis. I want to ensure that those businesses that were operating in Nevis would pay their taxes in Nevis. And in nine months of being in the federal government as the attorney general I was able to go to parliament and pilot of legislation that ensured that all businesses in Nevis paid their taxes in Nevis. More money for the people of Nevis! That is what the NRP was about ensuring that the finances of Nevis was placed on a stable and strong foundation. You had businesses making a lot of money in Nevis but paying their taxes in Basseterre, we said in the NRP we need to adjust the situation and we were able to achieve such.”

The NRP election candidate said too that he had been involved in the Federal government that raised the country’s minimum wage from which Nevisians benefited.

“It is with your support I was able to achieve those things, I was there working in your best interest. …I believe that you can safely say, well done thy good and faithful servant, go back to Basseterre!”