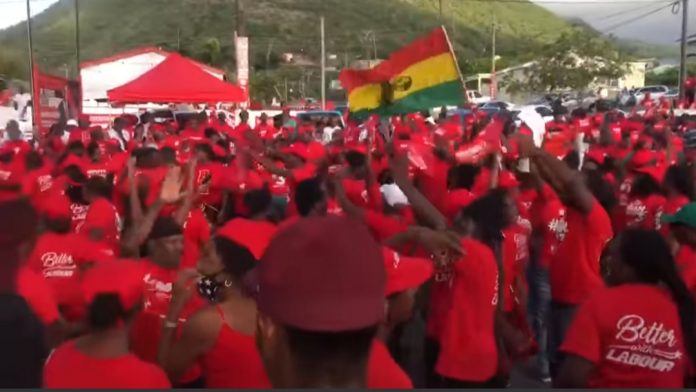 St. Kitts and Nevis (WINN): “There is no lawsuit against the SKNLP and that amount is total fiction. None of that is true. We have not initiated any action against the government,” said Attorney Franklyn Edwards, the legal representative for Mr. Adrian Bailey, owner of the song “Get Rid Ah Dem”

Mr. Edwards called into WINN FM’s ‘Voices’ Talk Show on Monday, August 22 to set the record straight regarding the alleged legal dispute between his client and the St. Kitts Nevis Labour Party for the use of the song “Get Rid A Dem” throughout the 2022 National Assembly Elections campaign.

A Facebook profile believed to be that of Mr. Bailey said his song was used without his permission and “I will meet them in court…”

According to Ms. Vernaldine Francis, Director of the Eastern Caribbean Collective Organization for Music Rights (ECCO), the SKNLP did not obtain a license for the use of the song that was played at public meetings and rallies in their campaign.

The figure quoted that was believed to be the amount for the alleged lawsuit was EC$75,000.

WINN FM spoke with a legal representative for the SKNLP who said there is no legal dispute between the SKNLP and the owner of the song “Get Rid Ah Dem”.