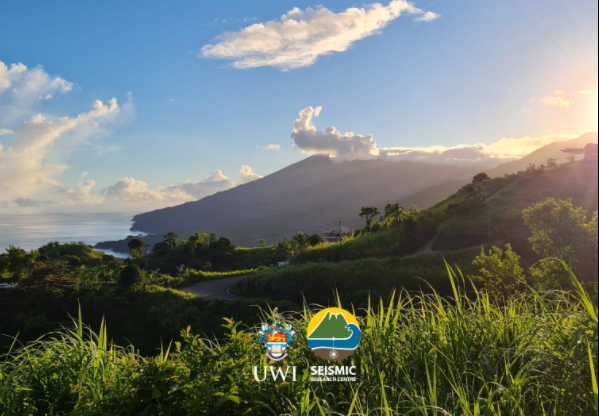 KINGSTOWN, St Vincent (CMC) — Scientists monitoring the La Soufriere volcano in St Vincent says “it is safe to say there is no new lava dome” and that the volcano, since the last explosion on April 22, is “continuing its decline trend”.

Volcanologist at Montserrat Volcano Observatory (MVO), Dr Adam Stinton, speaking on the state-owned NBC Radio on Wednesday, said last week he had been “taking a lot of photographs over the summit crater to map the new crater…and based on that mapping work it is safe to say that we have no new lava dome and there is no evidence of any lava dome occurring inside the new crater”.

Stinton, who is responsible for monitoring and mapping of activity and deposits generated by the Soufriere Hills volcano in Montserrat, told radio listeners “that’s good news”.

He said that the new crater seems to be about 800 metres, adding “it is a very sizable crater and it is up to about 200 metres deep.

“As I mentioned there is no new lava dome inside this new crater,” he added.

Instrumentation Engineer at the Seismic Research Centre (SRC) of the University of the West Indies (UWI) Lloyd Lynch, said that several pieces of equipment had been erected in the vicinity of the volcano since the eruption in April, and like Prime Minister Dr Ralph Gonsalves warned citizens to be aware of the adverse weather situation likely to affect the island over the coming days.

Earlier this week, Lynch told radio listeners that “if you should use the historic eruptions as some sort of reference, Soufriere tends to erupt explosively and go back to sleep pretty rapidly”.

After an effusive eruption that began in late December, La Soufriere erupted explosively on April 9, and had almost 30 discrete events since then.

“We think the system is going back to sleep but in this thing, you always have to be cautious because, as we say in the report, the risk is low but not insignificant.” Lynch said.

“You would recall when the US had this space shuttle programme, the risk of the space shuttle crashing was very, very low, and I think after the third launch, the Challenger had a crash. So you always have to bear in mind that even though the risk is low, it can be significant…”

However, should there be another explosion at the volcano, the monitoring team does not expect it to be significant.

“We don’t expect a large eruption that would affect the heavily populated areas like what was formerly the Red Zone. If, God forbid, you do have a smaller eruption, it’s more likely to send stuff, small quantities of stuff, down the drainage valleys,” Lynch said.

“So it is only in the communities that were built up very close to the drainage valleys that you get any sort of pyroclastic flow activity. And I want to point out that based on what we saw from the helicopter, very little pyroclastic flow material got into the north and north east — in the Fancy headlands, Sandy Bay, Overland, that region,” he said, referring to flights in area of the volcano last week.

“Most of the stuff came down the Larikai and the region draining the Walliabou, Roseau and so on. And, in fact, part of the Larikai crater rim has eroded a bit,” Lynch said.

In the immediate aftermath of the eruption, an estimated some 22,000 people were displaced and as of Monday, at least 2,112 people were still in 50 emergency shelters across the country.