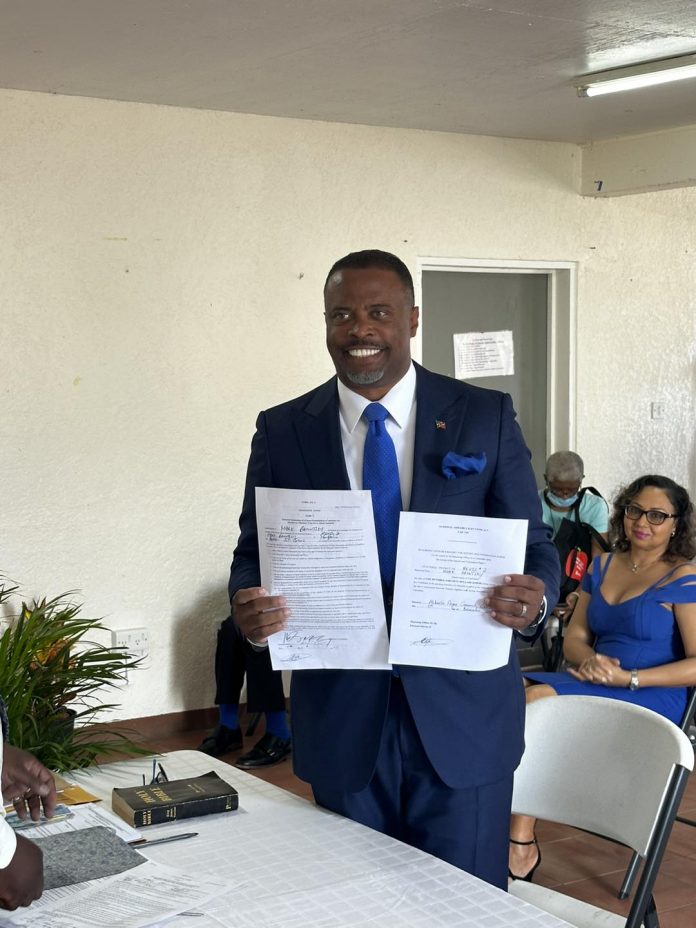 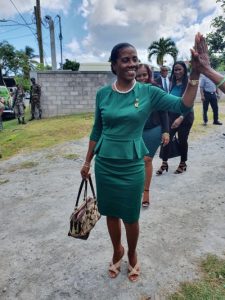 The atmosphere on the grounds showed true party spirit and camaraderie by the candidates and supporters of the CCM and NRP as they moved from one nomination site to the other.

The motto for Jaedee Caines is “Gains with Caines”. Dr Patricia Bartlette says, “Your Voice and a Better Choice”. Rohan Isles says Isles In 3. The motto for Dr Janice Daniel Hodge is “Janice Cares”, whilst Cleone Stapleton Simmond says “, Moving forward with Cleone”.

As it relates to the Concerned Citizens Movement, Spencer Brand’s motto is “Only Brand in Town” Mark Brantley suggests “Better with Brantley”. Eric Evelyn says, “All in with Evelyn”. The motto for Alexis Jeffers is “Jeffers at Work”, whilst Latoya Jones is campaigning on the slogan “All the Way with LBJ”.

Eligible persons on Nevis will be called upon to elect their most favoured representatives to champion the cause of Nevisians for the next five years following the December 12 elections. One week remains, and it is expected that the campaign and political climate will intensify with the arrival of overseas voters.

Attempts were made to contact the political leader of the Moral Restoration Movement, Samuel Caines, for comment on nomination day but were unsuccessful at news time. It was reported previously that the MRM, who contested the federal election, would also contest the local election on Nevis.

It is unclear whether the MRM or any independent candidates were duly nominated, but we await official word from the Electoral Office.