St. Kitts and Nevis (WINN): The saga of the US$44 million CBI project on Nevis continues.

In a release, NRP, the party challenging the Concerned Citizens Movement (CCM) in the next general elections, outlined the reasons for the re-issuance of the call.

The reason for this continued call is some recently leaked documents that suggest that after Brand admitted his involvement in the project before he became a Minister, he continued to negotiate for the US $44 million Citizenship By Investment (CBI) Project requesting St. Kitts Investment Promotion Agency (SKIPA) for an allotment of 250 shares for the CBI development with the shares costing US$200,000 per share in March of 2019 after being sworn in as a Minister of Government and Member of Parliament in 2017.

There was another letter in January 2021, where the Minister continued to negotiate for the CBI development to outline the structural and architectural designs of the development. 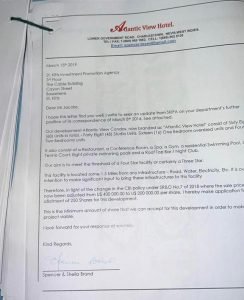 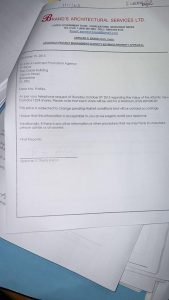 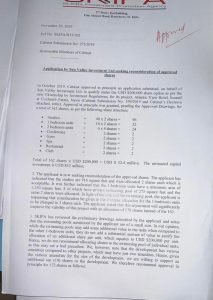 The NRP continued by referencing the Integrity in Public Life Act Chapter 22.18, PART V, Section 27 (Abuse of office), which speaks to personal or private benefit, the use of public funds or resources for private purposes, undue preferential treatment, misuse of information and conflict of interest.

On July 4, Dr Janice Daniel Hodge, Political Leader of the Nevis Reformation Party (NRP), penned a letter to the Integrity Commission (Nevis) asking for an investigation into Brand and the CBI project.

Three days later, the Commission responded and explained that the Integrity in Public Life Commission on Nevis has no power to fulfill the request because the Federal Government of St. Kitts and Nevis has not issued the relevant regulations to enable the Integrity Commission on St. Kitts to require members of the National Assembly, the Cabinet, Civil Servants, officers of Statutory Bodies and other public officials to file their Declarations of Assets, Liabilities and Income with the St. Kitts Integrity Commission.

Although the Commission on Nevis expressly said it had no justification for an investigation into Brand’s project, the letter from the party concluded by saying the people of Nevis deserve “honest and just representation” and referenced that people are hurting from the dramatic increase in electricity bills and the high cost of living.