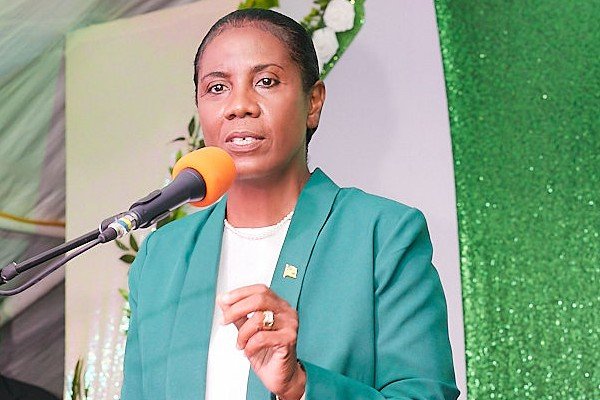 St. Kitts and Nevis (WINN): The construction of the new prison has sparked controversy regarding Citizenship by Investment projects in the Federation.

Dr. Harris shared that information during the July 29 Cabinet press conference and since then has led to a response by Mr Brand, who defended his involvement and Ms. Jaedee Caines, a candidate of the Nevis Reformation Party, Brand’s opponent in Nevis, speaking out on the issue.

On July 1, the Leader Of The Nevis Reformation Party, Dr. Janice Daniel-Hodge, lent her voice to the Brand/CBI issue calling the revelation “disturbing” in a statement to the media.

“Minister in the Nevis Island Administration, Mr. Spencer Brand, as uncomfortable as he was, was forced to confirm his involvement in this Project. Many have concluded, and I agree, that the smell of impropriety, greed and corruption pervades this project and the decisions surrounding it. The admission of his involvement, and the feeble attempt to put a case to the people of Nevis, fell woefully short of honesty and must be rejected as this is yet ANOTHER example of the propensity for impropriety that continues to plague the CCM administration and hampers the true growth of Nevis.”

Dr. Daniel-Hodge criticised the Premier of Nevis, the Hon. Mark Brantley for not cautioning Mr. Brand, who she says “sought to promote this personal benefit of a sitting Minister”.

“The facts are that for over a year, the Minister requested was granted and accepted 220 shares from the Federal cabinet. All of this was forced from the mouth of Minister Brand, only after questions were raised by the Prime Minister; no amount of political gymnastics can erase those facts.”

Dr. Daniel-Hodge continued, “This attempt to withhold conflict of interest information and to hide it under the guise of a “come clean statement” has not convinced the NRP, and neither should it persuade you, my people. The CCM government has not issued a statement on this matter, and that speaks volumes of the intent of the Brantley administration. They will do as they like with our money and believe that they are above reproach, without responsibility and without accountability to the people of Nevis. I say to you today; the deceit must stop!”

At the end of her statement, the NRP leader said that in light of these issues, her Party requests the resignation of Minister Brand from his position as a Minister of the NIA.