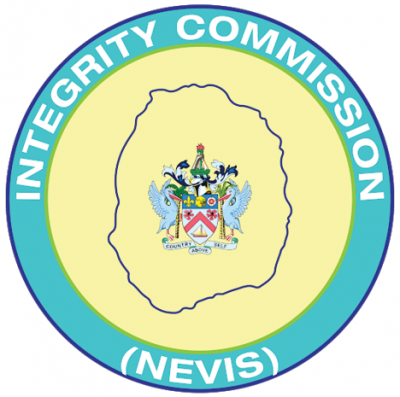 St. Kitts and Nevis (WINN): Political Leader of the Nevis Reformation Party (NRP), Dr. Janice Daniel-Hodge, wrote an open letter to the Integrity In Public Life Commission on Nevis requesting an investigation into a US$44 million Citizenship by Investment project that has the Hon. Spencer Brand, the Public Works Minister in the Nevis Island Administration, as the developer.

The attention to this development came from the reference made by Prime Minister Dr. Timothy Harris during the June 29 Cabinet press conference.

Prime Minister Harris was rebutting a question about funding the construction of the new prison on St. Kitts.

Subsequently, Brand issued a statement seeking to clarify his involvement in the project, explaining that the five-acre property expected to house the project was bought in 2008 and efforts to develop the land were made before he became a sitting Minister in the Nevis Island Administration in 2017.

Brand also admitted that he has been unable to attract many investors to the project because of a stipulation on the sale of the units of investments needing to be sold at the full statutory authorised price of US$200,000 to raise the capital necessary to construct the hotel.

In spite of Brand’s attempt to clear the air, Daniel-Hodge said that the matter “has not sat well with the general public” and questioned whether or not there was a clear and obvious breach of the integrity legislation.

The NRP leader then tasked the Commission to assess the issue and authorise an investigator or a team of investigators to conduct a full and independent investigation into Brand and the project.

The letter was addressed to Attorney Ricaldo Caines, Chairman of the Integrity in Public Life Commission and Commissioners Sydney Newton and Alford Tyrell.

According to the Integrity in Public Life Act, the functions of the Commission are to receive, examine and retain all declarations filed by public officials; (b) verify or determine the accuracy of any declarations (c) without prejudice to the provisions of any other enactment, conduct an investigation into any allegation of bribery or act or corruption under this Act referred to it by any person; and (d) perform any other functions required according to the provisions of the Act.

While exercising any of the functions outlined in the Act, the Commission shall not be controlled or directed by any person or authority.

WINN contacted the Political Leader of the Nevis Reformation Party (NRP), Dr Janice Daniel-Hodge, for comment on the letter sent to the Integrity In Public Life Commission and her expectations from her action.

Despite Minister Brand’s explanation that the project has not received financing as yet, Dr Daniel-Hodge feels that it should hold no weight on the Commission investigating.

“I am not certain that it would. I think the key issue is that the Minister of Government would have taken the actions that would have been beneficial to [himself]. Of course, we know that, as a Minister in Government, your actions are supposed to be in the best interest of the country and not self-serving. And so, to the extent that the approval was granted in 2021, the question must be whether or not the Minister was working on his own behalf in trying to get those approvals granted when indeed, he should have been working on behalf of the people of Nevis.”

The NRP leader continued, “The other issue has to do with the secrecy of the matter. As a Minister of Government, you have a responsibility to disclose and inform the public about certain actions, especially when there is a possibility that it may mean some scrutiny. The lack of transparency is one issue and the fact that the action would result in a benefit to Minister instead of to the island and to the people generally.”

There is no indication when a response to the letter will be shared, but the NRP leader is hopeful that it will be timely.

Dr. Daniel-Hodge reminded the general public of the importance of good governance and one of its pillars, transparency.

“Transparency is definitely one of the hallmarks of good governance. So when repeatedly you find that a government is operating in a manner where the public has to be searching for answers to questions, and when there are no responses coming from the government, then one is left to speculate. We feel it’s a matter of disrespect that certain actions can be taken, and people have been asking for answers, and there has been no response coming… we are asking for a change in the way that governance is looked at, especially here in Nevis, and as a whole for St. Kitts and Nevis. We’d really like people to understand that good governance, especially as it relates to a government, you must hold your Ministers of Government, your elected officials, they must understand that their actions cannot be like they are in a private boys club and doing what is to their best interests.”

Minister Brand did explain his involvement in the CBI project; the NRP leader feels that an assessment from an objective body is necessary hence the letter to the Commission.

“I would encourage as many persons to ask for answers. We’re not in a position where we would want to condemn anyone, but certainly, answers should be forthcoming, and it cannot be where someone [a public official] is being questioned and then provide [the] answer. You must have an objective position. I hope that the Integrity Commission would see this as an opportunity to demonstrate that they are indeed an objective and independent body that can help to address these matters as they pertain to governance in St. Kitts and Nevis.”

WINN attempted to get a comment from Minister Brand on the letter to the Integrity In Public Life Commission but was unsuccessful at news time.